World of Warcraft: Battle for Azeroth (WoW: BFA) is the seventh expansion to come for the game. It was introduced to players in order to bring new content to the players and help the game keep going. The expansion was announced in 2017 and released in 2018.

Followers are a kind of unit that can be assigned by the player to complete different missions. They were introduced in the game later on through expansions. They are classified as either champions or troops in WoW: Legion and BFA.

However, we have seen plenty of users not having much idea about follower equipment in WoW: BFA. If you find yourself among these players, then this article should be of great help to you. Through the article, we will be telling you everything you need to know about it. Let’s first take a look at what it is.

What is Follower Equipment?

It is important that you learn about follower equipment being “Bind on Use”. What this basically means is that you are allowed to buy, trade, as well as sell the equipment that you have been using on your followers.

You may or may not notice equipment slots that appear on your followers. These slots are unlocked right as you start upgrading your followers. This can be achieved by making them complete missions that grant them experience.

What are the Benefits of Follower Equipment?

As already mentioned above, there really isn’t a fixed benefit for follower equipment. It will purely depend on the follower, as well as the equipment itself. The benefit may be to increase your success chance or give you the ability to be able to obtain extra rewards after completing missions.

Should You Use Follower Equipment?

There is no denying that there are definitely a number of advantages attached to using follower equipment in WoW BFA. However, are these benefits even worth it? According to some players, they aren’t really all that impactful.

Most players recommend using the followers that give you a good success chance, but that too only when you are getting a very good deal out of it. In simple words, they recommend players that they should only buy a cheap follower that gives them at least a +5% success rate.

Of course, if you do have resources to spare, you can go ahead and buy whatever you find useful for yourself. For instance, you can get a Monelite Whetstone for around 200 war resources, giving you a better success rate. Even though it isn’t much, but it will make getting bonuses from missions much easier, and a good deal at the price.

Hence, whether you should be using follower equipment or not should depend entirely on you. If you have the resources to run missions and want the extra rewards, then you should try using them. Ideally, you would want the Monelite Whetstone, coupled with a 10+ toons mining pick, and maxed out follower. Although this may not be easy, the extra rewards will be worth it.

The last thing to know is that no matter how much you invest in the follower equipment, it may take some time before you can fully benefit from it.

Here is everything you need to know about follower equipment in World of Warcraft: Battle for Azeroth (WoW: BFA). 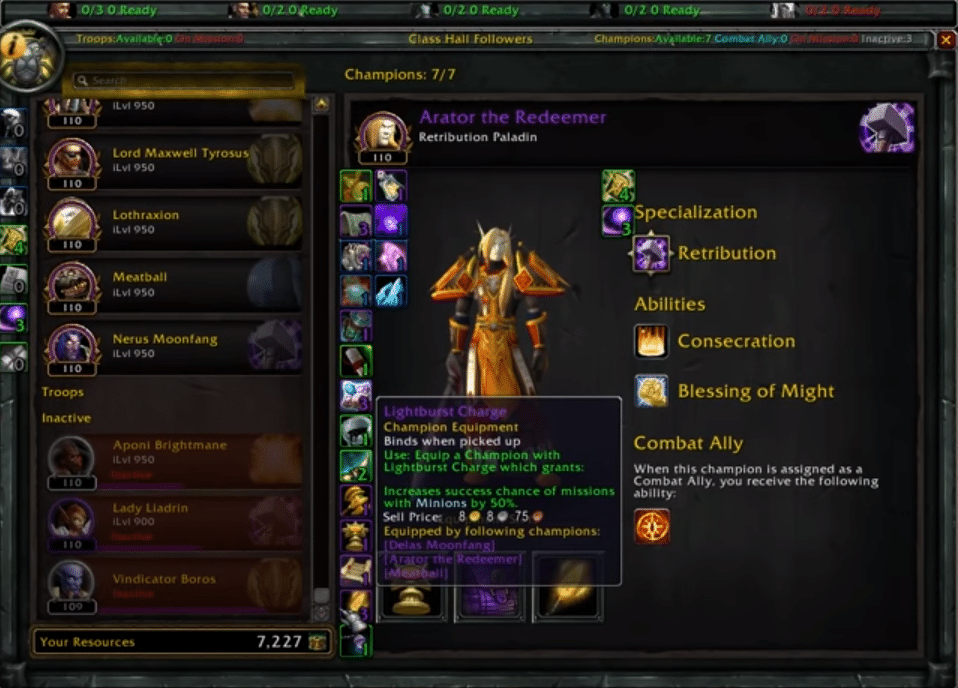