Quartz is one of the many materials available throughout the seemingly infinite world of Minecraft. It is used to craft a number of different things. The main use of it in Minecraft is for creating decorations, floors, stairs, and more things of the sort for players’ homes in the game, but it is sometimes used for other things too.

For a long time, there have been two different blocks of quartz available in the game. One is the simple one known simple as the quartz block/block of quarts while the other one is referred to as smooth quartz.

If you’re unsure about the differences these have between one another, here’s everything you need to know about the two in the form of a comparison.

Smooth Quartz Vs Block of Quartz In Minecraft

The block of quartz isn’t the most common item, but it is rather simple to create if you have all the required things. The main and only ingredient is the nether quartz, exactly for of them to be specific.

Once players have these 4 nether quartz, they need to get to the crafting grid and place them inside the 3×3 grid. Once this is done, get over with the crafting process and you’ll have a single block of quartz.

The process of creating the smooth quartz is a little different from this, and arguably easier too if you’re in the right place at the right time. All that players need is a block of nether quartz, which they did have to begin smelting inside of a furnace. Once the smelting process is complete, players will have smooth quartz in their inventory.

Both the smooth quartz and the normal block of quartz aren’t any different from each other in this regard. They are regarded as the same material, with the only real difference being their texture.

That means they are also used for the exact same things as one another, however smooth quartz does tend to be the more popular option as compared between the two despite this. The reason why this is the case is discussed in the next comparison, which is also the final one.

The real aspect in which the block of quartz and the smooth quartz differ from one another is the way that they look. The former looks like a plain grey block with a few outlines, which is a unique and distinct look that shows it is a block of quartz. The smooth quartz is a lot like this too, but at the same time it’s quite different.

As its name suggests, the smooth quartz is much smoother in its appearance. It looks more elegant and beautiful in the eyes of a majority of people. That’s why it’s the much more popular option between the two and used more widely for creating materials in Minecraft homes and why it is considered the superior choice by some. 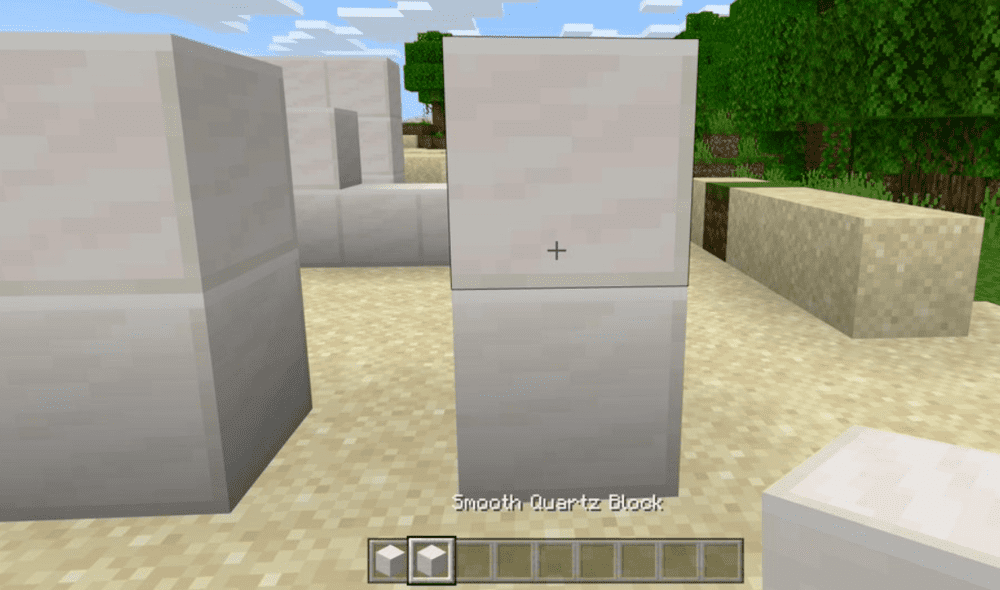