Every gamer has thought of becoming a streamer at some point. Well, who wouldn’t want to make a living out of their passion? However, becoming a full-time streamer is extremely difficult and you need a lot of things to make it as a streamer. To continuously pump out good content you need to have good equipment. A good system along with good peripherals will prove to be very useful along your streaming journey.

We will be comparing two Razer products in this article. Namely, Razer Seiren with Razer Seiren pro version. That way you can look at the differences yourself, and the device which one you should spend your money on.

It is a desktop microphone that was launched by Razer recently. The overall installation process is quite easy to follow and you can save some time during the initial setup. The design is minimal and looks beautiful on your computer table. The recording quality is premium and you don’t have to pay as much for the Seiren as opposed to Seiren Pro.

Both of these microphones are compatible with Razer Synapse and come with an aluminum base. Quality-wise there is not much difference but some users did say that the Seiren pro has a bit better quality if you listen very carefully. So, if you are serious about your streams and don’t have to worry that much about the overall budget then Seiren Pro is the better option.

The biggest difference between the microphones is the sensitivity. The Seiren pro can easily pick up even the little sound cues while Seiren fails in this department. This is why so many users are willing to pay around 100 extra dollars to buy the Seiren pro microphone. But if your budget does not allow you to buy a Seiren pro then you can always go for the Seiren standard version for the time being.

Once you’re able to grow your stream a bit or have saved up some money then you can make the switch to Seiren pro. For some users the difference is not so significant, meaning that they are just happy with their Razer Seiren and won’t switch to Seiren pro. So, unless you want your microphone to pick up quiet sound cues then the Seiren standard version will suit your needs perfectly.

This microphone is the pro variant of Razer Seiren, intended for users that are not willing to compromise on the quality of audio they’re broadcasting to the audience. This can be a bit more expensive when you consider other brands with similar specs. But users have stated that the Seiren pro is unmatched when you are looking for premium quality recordings.

The XLR recording and Pass filter make this variant of Razer Seiren superior to the standard version. The only downside to this microphone is that it is not available in the majority of online stores. Meaning that it is very hard to get your hands on a fresh piece of Razer Seiren Pro. This is why so many users are switching to the Seiren X variant.

The sensitivity aspect is quite great and some users went as far as to say that this is a studio-level microphone. The overall response from the customers has been very positive so far. Just like the standard version, there are also 4 patterns available in the Razer Seiren pro that you can switch between. This opens up a lot of options for users that want to switch up their streaming style now and then.

All in all, if you look at the specs strictly then the Razer Seiren Pro is far better than Razer Seiren, and users that don’t have to worry about the budget should buy the pro variant. But if you don’t have the budget then the standard variant will work just fine for you. Razer does not compromise on quality and you don’t have to worry about poor audio quality while broadcasting to the audience. Design-wise both of the mic is quite similar and take up almost the same space on your desk. The main difference comes when you consider the sensitivity of both microphones. 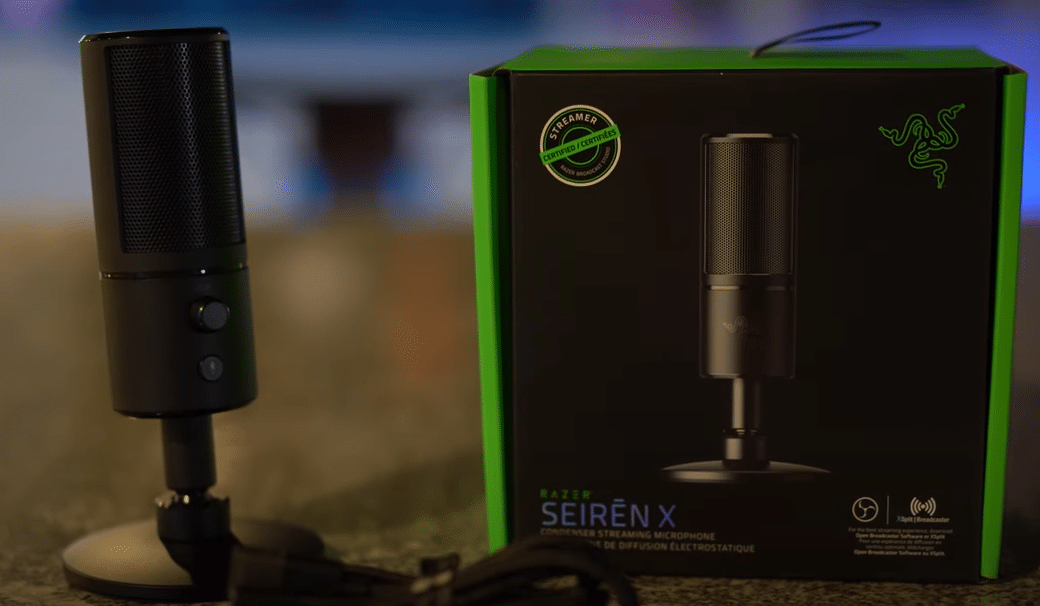