Razer’s gaming hardware is some of the best out there, and there’s no one that can really say otherwise. While they weren’t always one of the most popular brands for consumer electronics, they certainly are now.

Some of the many great products which have made Razer as popular as it is are the Razer Blade gaming laptops. These are high-end gaming devices that feature great specs and are capable of comfortably running the latest games at the best possible settings, depending on the specific version you have.

If you’re looking to buy a Razer Blade gaming laptop or have already bought one and are looking at reviews from critics and/or users alike, you can see that most are satisfied with these devices.

However, one thing that users will also be able to notice while reading said reviews is that there is one negative remark about the Razer Blade gaming laptops in every single one of them. This negative remark is about the fans of these devices, and specifically how loud they are. Today we’re here to discuss this Razer Blade fan noise, and if it really is as bad as critics as well users say it is.

How Bad is the Razer Blade Fan Noise?

Fan noise is a problem you’ll commonly find in most electronics. This is especially the case for devices that are meant specifically for gaming, as these usually have the most toll put on them. The Razer Blade gaming laptop series is very powerful, to say the least, and the fan noise represents this power in a way. The devices need to work very hard to run at full capacity to play your favorite games in the best settings. This work generates lots of heat.

This heat can be very problematic if it stays inside of the system, as it can permanently damage any and all parts that are fitted into the device. That’s exactly what the fan is for. When it operates at full speed it will get rid of all the heat inside of the laptop. This is the case for any laptop or similar device in general. But the problem is especially slated when it comes to the Razer Blade series.

The reason behind this is that the fan noise of this gaming laptop series is particularly annoying. While other fan noises can usually just be ignored, this one is so high-pitched at times that it distracts players from using the system.

This distracting high-pitched noise usually sounds relatively terrible as well, meaning that it is both problematic and unpleasant to hear. So to answer any questions that you may have regarding these fans of the Razer Blade laptop series, it is in fact very bad and all the negative remarks that their noise gets is deserved.

Razer has acknowledged it as well and released a fix for it. But this fix wasn’t the most effective thing in the world. While the noise is certainly improved, it isn’t completely fixed. But there are a few ways that users themselves can fix it as well.

How to Fix the Loud Razer Blade Fan Noise?

One of the best ways to fix the awfully loud noise of the Razer Blade fan noise would be to open up the device and take a look at it from the inside. If this noise has been particularly loud in recent times, it could be a result of the fans having been covered with dust. You’ll need to clean these up by hand. Users can either do this themselves, or they can get someone else with more experience to do it instead.

There’s also the option to get entirely new cooling fans for the system as well. These can be expensive at times, but if you’re looking to completely get rid of the loud Razer Blade fan noise then they can be a great investment. These are really the only two reliable solutions to try in this case, and any others will likely not be able to help you. In short, either cleaning the fans or replacing them should make the noise slightly more bearable. 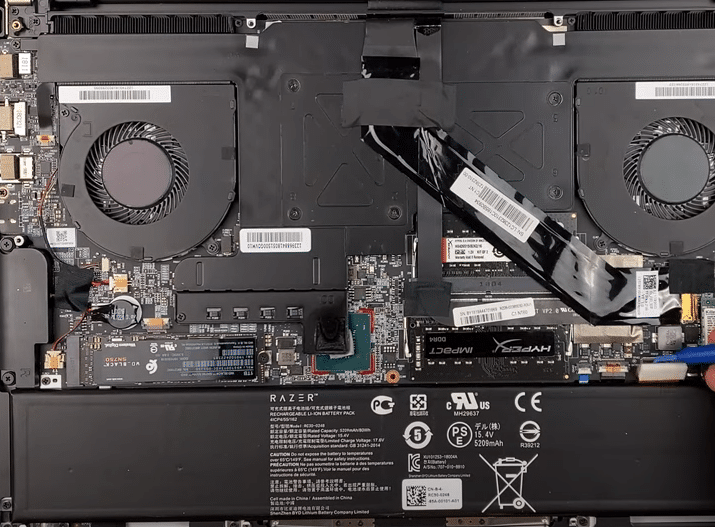