Razer is known mainly for its great tech and the many great devices which they make, whether they be for usual consumer use or for use specifically with video games. However, technology isn’t the only thing that the brand manufactures and retails.

There are some non-electronic products available in their selection as well. Much like their tech-related products, these are also meant for either daily use in certain situations or for gaming specifically depending on the specific product in question.

One great example when it comes to some of the better things they manufacture excluding electronics is their mousepads. These go great with their gaming mice, or with any other gaming mice, you could think of. Arguably the most popular out of all their mousepad series is the Razer Goliathus series.

Two of the many products in this series are the Goliathus Control and the Goliathus Speed. If you’re looking to get either one of these for yourself but can’t decide which is the better option for you, our comparison of the two given below should be of some assistance.

The swiftness of the mousepads, which is the speed at which they allow you to smoothly navigate your mouse on them, is a very important aspect. That’s because a rough mousepad that doesn’t offer much swiftness will certainly cause a lot of problems, especially if you play shooter video games or any other video games in which swift movements are a necessity. With that said, you’ll be happy to know both of the options are rather good in this department, being swift enough to help you smoothly move your mouse around them.

But if you were to compare the two with one another, the Razer Goliathus Control is actually ironically faster than the Razer Goliathus Speed. The former has a much smoother surface. This means that the latter can allow users to move their mouse all over it with great speed as compared to the latter. However, that isn’t all there is to choosing a gaming mousepad.

One thing that you already know about the Razer Goliathus Control series is the fact it offers much more speed thanks to its smooth surface. However, something that you likely don’t know is that this smooth surface and much swifter movement speed is provided by the rigid texture of the mousepad. This texture is certainly great in some cases, but it can be very annoying for anyone that holds their mouse in a way that part of their fingers or hands touches the mousepad. That’s because it can be surprisingly irritating and can even cause itching or bleeding in the worst of cases.

The Razer Goliathus Speed is much better in this regard. It is designed to be both large, somewhat smooth, and not rigid in terms of texture. Even if your skin comes into contact with it in any way, you won’t have to worry as it shouldn’t cause too much irritation. This makes it a good option in particular as it is usually very comfortable to work with.

The Razer Goliathus Control is surprisingly durable for a mouse pad. It can survive over a year of excessive use which makes it a great option for those that are looking for a swift and durable pad. It won’t be going bad in just a few months for sure and should be able to survive most of what you throw at it for the initial year. However, it must start becoming noticeably damaged after this. Threads will start pulling out and the surface will start crumbling slowly.

The Razer Goliathus Speed, on the other hand, is even better in this regard. While the Control is surprisingly sturdy and strong in itself, the Goliathus Speed just edges in this department. The design of the surface has a big role to play in this, as it ensures threads don’t start pulling out anytime soon regardless of how much you use it on a daily. While the difference may not be too big, it is noticeable enough for Speed to be declared superior in durability. 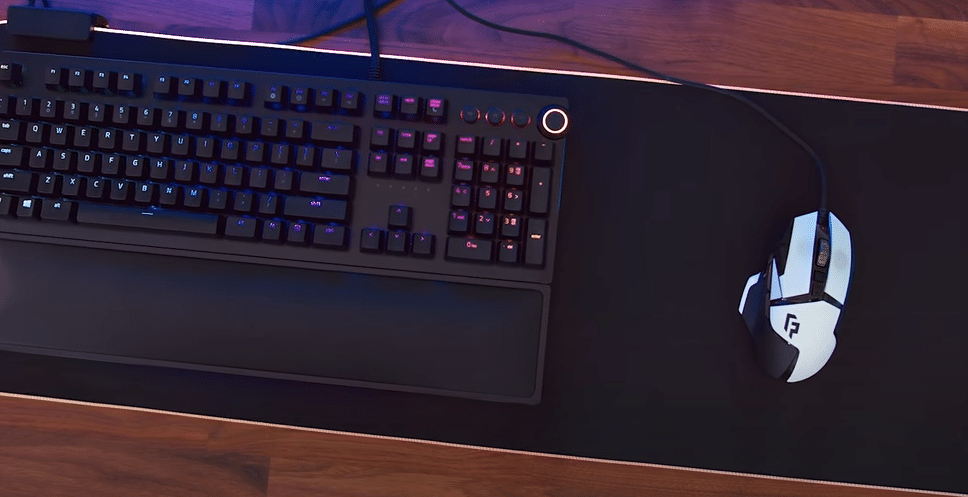