Overwatch is one of the most fast-paced multiplayer games out there. There is a fight happening on the map at all times and there is never a dull moment. Six people are pitted against each other in a relatively small map with amazing character abilities and ultimates which always leads to something fun, or terrible, depending on which side of the story you’re on.

The game’s fast-paced gameplay makes it hard to aim for any new player. Some characters are quite large and slow which makes them easy to hit but all the remaining characters are much faster and their great mobility makes them much more difficult to hit. Each character also has unique weapons that work differently as compared to some others. This makes aiming difficult even if you have played the game for a long time but have recently started to play a new character.

As time passes you slowly improve and get better at aiming with the character you’re playing but even before that Blizzard has added a few options for Overwatch which you can enable to improve your aim. There is the game’s own ‘aimbot’ of sorts, which helps you aim towards the enemy while keeping it so that it doesn’t feel like actual aim assist. (Keep in mind that these options are available for every player so the game remains fair)

One of these options is the horrendously named recoil recovery aim compensation. The name suggests that having the option enabled allows you to revert your character’s crosshairs to their original position allowing you to quickly re-fire towards any enemies in front of you, and land hits faster.

However, in-game it does the exact opposite. When the option is enabled it actually conflicts with your inputs and makes recoil recovery worse by overcompensating for your recoil recovery and making your crosshairs go higher than they originally were which works better in some situations while being unfavorable in others. But when the option is disabled your input is automatically added to the recoil recovery, allowing you to quickly re-center your crosshairs. As mentioned above, they did a horrendous job of naming this option.

The option is confusing for anyone and when it was originally added to the game back in early 2017, it caused a lot of users to miss consecutive shots that they would otherwise be able to land. The name confused anyone that didn’t read the patch notes at the time which led to problems, especially for users who played as characters like McCree and Widowmaker.

Should You Enable The Option?

The real question asked by anyone regarding the option is whether they should enable the option or not. The answer however isn’t the same for every character. As mentioned above enabling the option makes your crosshairs go higher than they were before you made the shot. This can be favorable for some characters and costly for others. There are 3 different types of characters in Overwatch (apart from the roles). There are hit-scans, projectile characters, and melee characters.

Lastly, there are melee characters like Doomfist and Reinhardt that mainly only attack from up close. The option doesn’t have any effect for these characters so you can leave it be as it is when playing as them. 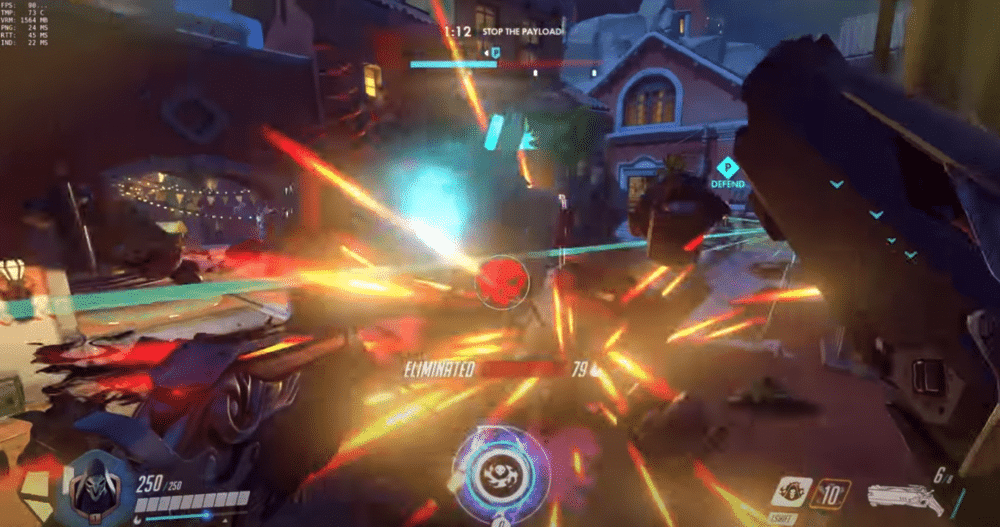