Overwatch is a team-based online shooter, featuring a bunch of heroes with each of these heroes having their own unique playstyle. There are 3 main classes in the game namely Tanks, DPS, and Healers. Every hero is a part of either one of these classes. All 3 of these classes have their own specified role, and choosing them makes up for team composition.

Following the basic 2-2-2 team composition, almost every team requires two tanks. The main job of these heroes is to tank all the damage for their teams. Most tank heroes also feature a rechargeable shield that absorbs the enemy team’s damage.

The most important task for tanks is to protect their team’s healers that will in term heal all of your teammates. Playing a tank might not be as fun as playing a DPS, but is definitely more important than DPS if you’re into winning.

The game offers quite a few tank heroes. Each of them ultimately serves a different purpose as every one of them will have a diverse set of skills and a completely different playstyle. Choosing specific tank heroes according to the situation seems to be the play for most teams.

Overwatch features the concept of counters, where a certain character might be a direct counter to another character. Keeping this in mind, picking a tank character heavily relies on the enemy team’s composition. It also depends on the

When it comes to popular tanks to main, everyone seems to have a different opinion. As each of these tank characters will give you an edge in a specific situation, there is nothing as the best tank character in overwatch. However, we can list a few of the most popular tank characters in the game that you should definitely make your main. You can find the list right down below:

No matter the meta, Reinhardt has always had a special place when it comes to tank heroes. Without Reinhardt, no team composition seems complete. It is one of the tank heroes that seems to be an ideal option for almost every situation. The hero has a giant shield that is used to push the payload while absorbing the enemy team’s damage and protecting the team’s healers.

Another famous addition to the tank’s roster soon after the game’s release was D.VA. She is undoubtedly one of the most famous heroes in the game. She is also one of the earliest female heroes of the game, and the first female tank character to be featured in the game.

D.VA is popular mostly due to her personality in the game. According to overwatch’s lore, she is a hardcore gamer. Fellow gamers could somewhat relate to her due to this fact. She also has some of the game’s most famous voice lines.

Being quite a recent addition to the game, wrecking ball is another popular tank character that many players consider as a main. The hero features a cute hamster named Hammond, controlling a huge ball. The character moves by rolling his ball in any direction and can also switch to attack mode which will allow him to use his guns.

The tank character is pretty famous and is played in many situations. As the hero can also be played while solo queuing, many people prefer picking up wrecking ball as their main.

Orisa is a very popular tank character as playing her will give you a bunch of options. She is basically a robot. Unlike Reinhardt who has a shield directly attached to his arm, Orisa gives players the option of throwing a deployable shield. She has a gun attached to her which can be used for long-range combats.

Many people prefer playing as Orisa as she has the ability to become invincible to stuns, sleep, freeze, and all movement-related effects.

Above are some of the most popular tank characters that people consider as their main tank heroes. All of these characters have their own benefits and are used according to the given situation. Although some can prove to be a bit more flexible than the other. 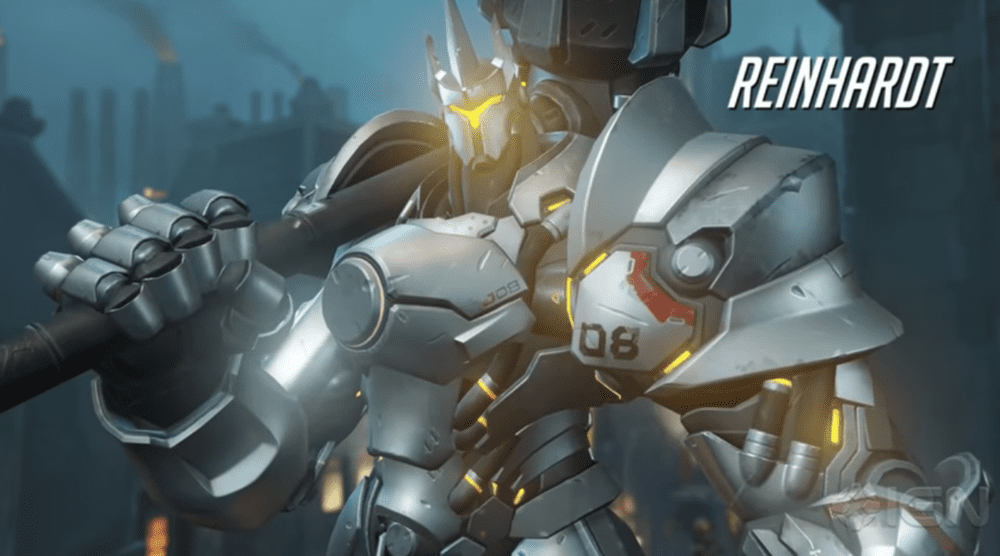