Overwatch isn’t your regular walk in the park game, it’s a complex First-Person shooter that requires good team composition and an understanding of your character’s abilities. Here are some tips that will get you wins in no time.

Work With Your Team

As mentioned above working with your team is the way to play the game, if you try to be a hero and charge towards the enemy alone you’ll never be able to win games. Work with your teammates and develop tactics to defeat the enemy team. Try to make the most effective hero combos based on your abilities and play-style and you’ll start winning in no time. Heroes like Pharah are also more effective when working with a team-mate playing Mercy or you can work with a Reinhardt when playing as Bastion to ensure your safety. So try and work with your team as much as possible to ensure success.

Before each game, you’ll get at least a few minutes of skirmish, instead of wasting your time on the phone or doing something else to pass the time, utilize this chance and use the skirmish to try and get better at new heroes or explore the map and search for health pack locations or vantage points. Being familiar with the map can really help you out in match as you can find those perfect sniping spots for Hanzo and Widowmaker, or find a quicker way around the map with Lucio’s wallride, while also enabling you to get to health packs quicker after a rough fight.

There are 31 characters in Overwatch with more being added every few months. If you want to succeed in the game you should be good at a minimum of 2 characters per rank. (Tank, Damage, Support). Try to work your way up with one hero at a time and when you’re satisfied with your performances, move onto the next one. Being able to play multiple characters isn’t easy but it’s necessary if you want to win. You never know when you might have an off day as your main, at the said day it’s important that you can switch to another hero and help your team out.

Time Your Ultimates And Abilities

Never hog your ultimate ability but never use it right away either, time your ultimate’s and get as many kills or saves as you can, but sometimes an ultimate isn’t all about the kills or the saves, for example, Zenyatta’s transcendence ability can be used to buy your team those vital few seconds in Overtime or Roadhog’s Whole Hog can be used to clear off the point at that one crucial moment. Some heroes such as Reinhardt and D.va or Zarya and Hanzo can also merge their ultimates and easily get team kills which is another reason why team composition is so important. Similarly to your Ultimate, you should never hesitate to use your hero abilities, however unlike your ultimate, your abilities will be available again after a few seconds of cooldown. Never be scared to use your abilities and don’t try to get quad kills every time as it just isn’t going to happen. Work with your team and merge your abilities for the best outcomes

Guide For Each Role

As a damage hero, it is your job to deliver the pain to the opposition getting as many kills as you can. But playing damage heroes isn’t always about getting kills, all heroes have unique abilities that can be used to help out the team in anyway, for example, Hanzo’s recon can be used to see enemies through walls or Soldier: 76 whose biotic field can be used to heal your allies.

Playing tanks are all about protecting your team while being the heavy hitters but you also have to be sure of when you need to do this. Get in between fights and cause anarchy, confuse your opponents and catch them by surprise getting a few kills along the way and then focus on protecting your team-mates from getting hurt or eliminated.

As a healer, you have to stay back (unless you’re playing Lucio) and focus on keeping your team-mates safe and sound. Hide behind your tanks and only get upfront to heal your damage team-mates when the coast is clear or it is absolutely necessary. Use your fast mobility to protect yourself and get to safety and focus around the objective.

There are only light hacks in Overwatch i.e. coin boosts and XP multipliers, with the exception of 2 major issues. AimBot and ‘nuking’.

If you play shooters regularly you will have encountered quite a few AimBot users by now so you know what it is. It basically helps you aim and land easy headshots to get kills and is hated by everyone. It is a widely used in Overwatch especially by Hanzo or Widowmaker mains

Nuking was a hack discovered shortly before the introduction of the Busan map. Mainly used by Koreans ‘Nuking’ allows you to get a hold of your opponents’ controls and restrict their movements and abilities. This is a major problem in the game with Blizzard having no solution to it so far. 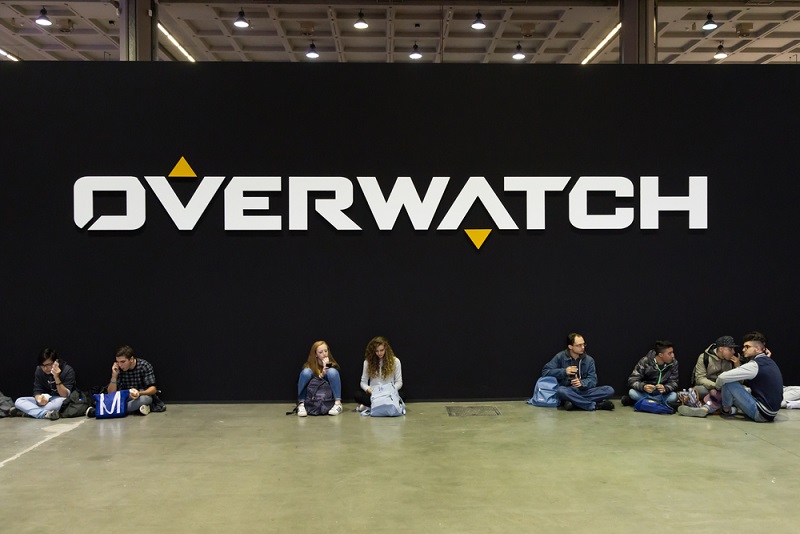