OBSE stands for Oblivion Script Extender. It is a widely used mod used mostly by users who want to run Elder Scrolls IV: Oblivion through Steam. The Elder Scroll IV: Oblivion is one of the most popular games RPG games out there.

Apart from Skyrim, Oblivion was also a quite popular entry in the Elder Scroll series. As a matter of fact, Oblivion introduced many players to the Elder Scrolls series. For a game released in that era, Oblivion had plenty of new mechanics. It also featured a really huge map, along with plenty of dialogue options.

How To Fix OBSE Steam Not Working?

One of the great things about the Elder Scrolls game is just how many mods can be used. All of these mods brought in plenty of different improvements to the game. OBSE was undoubtedly one of the more popular mods for Oblivion.

However, many users can’t seem to get the mod to work. This is why today; we will be listing a number of ways on how you can fix OBSE Steam not working. All of the troubleshooting steps are mentioned right down below:

In case you don’t have the latest version of the mod installed, you can download it from the official website. Once the mod is downloaded, unpack the files and install the mod in the location where you have Oblivion.exe install. In other words, install the mod into your game directory.

Although this shouldn’t be a mandatory step, quite a lot of users have recommended that you should always keep Steam Overlay turned on. The reason why it is necessary is unclear. However, even the developers of the mod have mentioned that enabling Steam Overlay is compulsory.

You should always run Steam as an administrator. This way, you won’t have to worry about Steam not having the required permission from Windows.

We recommend deleting the Oblivion files located in My documents > My Games. Deleting these files will help you clear out any unnecessary mod of corrupted file that has been causing the issue.

It could be that your OBSE file is acting up. If so, then you will have to replace the OBSE_loader file. We recommend you download the following file:

Simply replace this with the original loader file. Afterward, try running the OBSE_loader file to see if it does anything.

Mentioned above are the 5 different ways on how you can fix OBSE Steam not working. Be sure to follow all the instructions mentioned in the article. 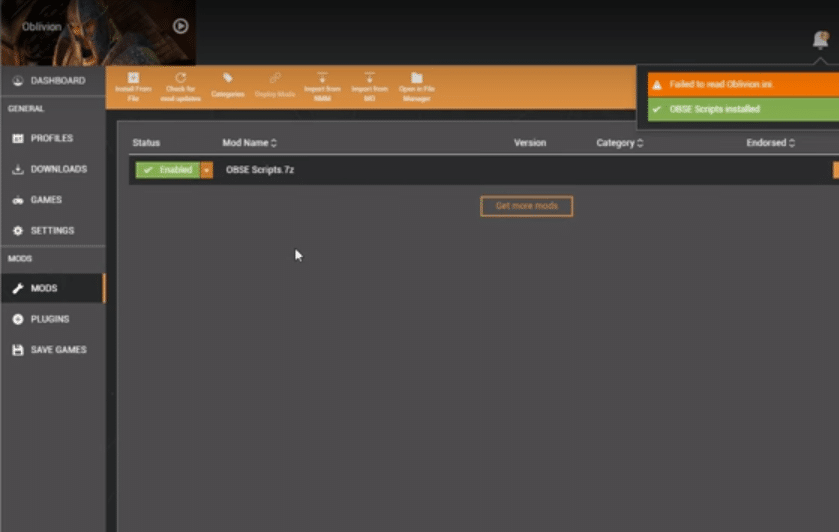