Steam is one of the most stable gaming clients available on the internet. It is very rare for players to experience issues with this platform. The interface and game library are very easy to manage. The best thing about this platform is the workshop feature that can be used to add player-created mods into the game. There are thousands of different games that you can buy on this platform.

Sadly, a few reports have been recorded recently where players are having issues with an update loop. After players launch the Steam client, the update gets stuck on extracting the package, and the whole process loops. Here are a few steps that can help you end the loop.

The firewall is one of the main reasons why users get stuck in an update loop while trying to launch the client. The firewall in your PC can block the Steam launcher from connecting with the servers. This is why you’re unable to install the update on your PC.

The best thing to do in this situation would be to add an exception rule in your Firewall configurations. That way your firewall won’t block the launcher from accessing the internet. You can also disable the firewall but that can leave your PC vulnerable to threats.

Then you just have to save the settings and your Steam client should be able to update without further issues. You should also check the read and write status on the steam directory by going into the folder properties. Make sure that the directory is not set to read-only and then update the client.

Make sure that the web protection feature is disabled or the Steam client is added to the exception list. That way your program won’t block the client anymore.

If there are no such programs on your PC and your launcher is still stuck in a loop then you should try deleting the files inside your Steam folder. Delete all the files except for the client executable file and the steam application file.

Then you can launch the client executable file as an admin and your launcher will download the files again. Some users were also able to fix the issue by just removing the package folder from their Steam files. But if that doesn’t work for you then you should remove everything except for the two files mentioned above.

Usually, this problem is fixed after users configure their firewall settings and disable the antivirus programs on their computers. However, if you’re not so lucky and still stuck in the same loop then your best bet would be to remove the Steam launcher from your PC and try downloading a different version of Steam Client on the computer.

Doing that will take care of any minor issues related to the update loop if your network is working properly.

Creating a thread on Steam Community forums or reporting the issue with a support ticket can also help you find more solutions for your Steam client being stuck in an extracting package loop.

Ideally, the problem will sort itself out after you add the exception rule in your firewall settings and delete the package folder in your Steam files. In a few cases, users were having this issue because they had a faulty internal clock installed on their PC. If that is the case with you then you’ll have to get the internal clock fixed to get around the Steam loop. 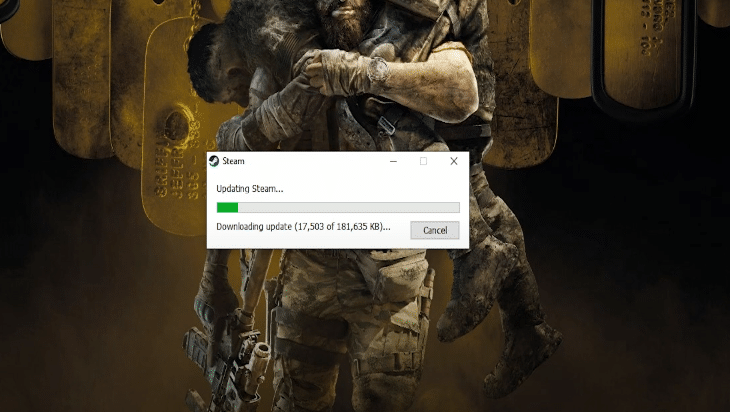