Minecraft is a brilliant game that features a seemingly endless world and there’s almost no limit to what players can do in it. Despite this, the game still doesn’t put a huge load on any platform and can run on even average PC setups. However, there are some cases where the game starts to eat up too much RAM even though it doesn’t really require a lot based on the game’s own recommended settings. We’re going to be discussing the reasons behind this issue and how you can fix it, so take a look below for solutions if your Minecraft is using too much memory as well.

Minecraft Using Too Much Memory

It is very likely that the issue isn’t Minecraft at all, but instead the mods that you might have installed for the game. Even the smallest mods for the game can sometimes eat up a lot of your memory and can present problems. This is why it is recommended that you try to run the game again after disabling all the mods that you might have active. Doing so should free up a lot of your RAM and Minecraft should be running smoothly again without eating too much of your computer’s memory. If you don’t use any mods and don’t have any installed on your device, try some of the other fixes we’ve provided.

You should try allocating more RAM to Minecraft if it is using too much memory. The older versions of the game can usually run comfortably on just 1 GB of RAM. However, the newer versions require that you have at least 4 GM of RAM dedicated to the game, especially if you’re using mods. In fact, you should allocate exactly 4 GB of RAM to the game and nothing more or less as long as you aren’t using mods.

4 GB to run the latest versions of Minecraft without mods is enough and the game eats unnecessary memory if you allocate too much to it. This is why should only allocate only 4 GB of RAM to Minecraft and maybe a bit more if you’re using lots of mods. If you don’t have so much memory to allocate to the game in the first place, you’re going to have to try out the next solution.

You’re going to need 4 GB of RAM for Minecraft alone if you’re intending to play the latest versions of the game. This means that you’ll have to purchase and add more RAM to your PC if you have less than 4 GB, otherwise the game is always going to eat too much memory and cause issues. Adding another 4 GB stick of RAM should be more than enough to run the game on your PC comfortably given that it matches the rest of the requirements. 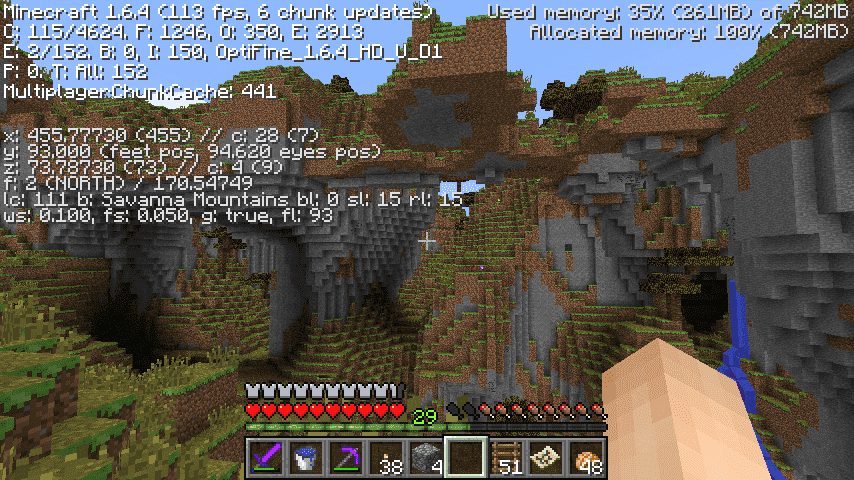