Enchantments can be used in Minecraft to greatly boost the performance of your equipment and are a great addition to the game. Players learn more and more about them as they play the game and also start unlocking a lot of them as well. There’s a lot of enchantments that you can attach to specific equipment to upgrade specific traits.

Each enchantment is great in its own way, but there are obviously some which stand out from the rest. For example, there are a couple of great enhancements for swords which you should choose above all else. We’ll be discussing these down below so take a look if you wish to find out more about the best enchantments for swords in the game.

Best Enchantments for Sword in Minecraft

As already mentioned, there’s a lot of great options to choose from. But there’s still a few that are extra exceptional, and one of these is the great looting enchantment that you can attach to your sword for additional loot. To be more specific, the looting enchantment allows players to receive a lot more loot than they normally would by killing mobs of enemies. It is very helpful in survival mode and can save you during tough scrapes when you’re running low on supplies.

Another very good option that a lot of players love would be the sharpness enchantment. Sharpness is arguably the most popular and widely used enchantment for swords. It allows users to greatly increase the damage of their sword depending on the level of the sharpness enchantment. The highest level allows players to easily cut through entire mobs while requiring a minimal amount of hits. Even the lower levels of this enchantment are highly helpful and are recommended if you struggle in combat against a large number of enemies.

The fire aspect enchantment is also great, as it also increases your damage in a sense. It adds fire damage to your sword’s normal attacks, meaning that all mobs of enemies that you hit will be set on fire and gradually get damaged. It is another highly helpful enchantment and is useful against any type of enemy. However, it is especially helpful for the types of enemies that are fast and difficult to repeatedly hit.

Lastly, there’s the unbreaking enchantment which is also great for survival mode. This is because it has a chance to make it so that the sword’s durability isn’t used when you attack someone with it. The higher the level of the enchantment will be, the higher the chance of no durability being used. The reason why it’s so helpful is that it can make your sword last much longer than usual and ensure that it doesn’t break during the most important moments.

These are a few of the best possible enchantments that you can try out for swords in Minecraft, and you can give any single one of them a shot. Choose wisely depending on your personal playstyle and you’ll be able to make your sword a much deadlier and resourceful weapon than before. 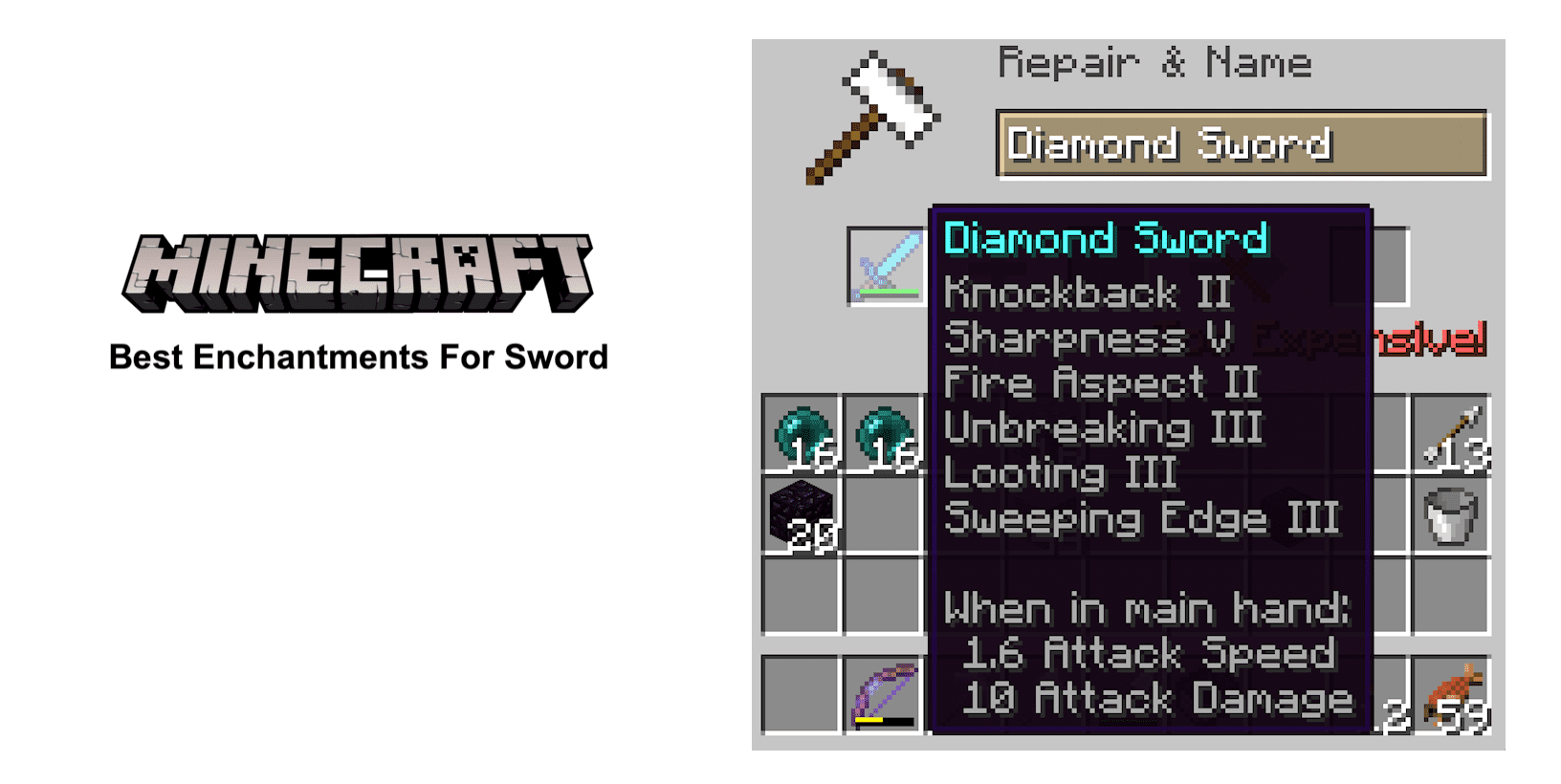