Minecraft is a very popular game, it goes without saying. Its popularity is inarguably well-earned as it allows users to do all sorts of different things. This includes things such as building whatever they want, fighting a wide range of unique enemies, setting up a farm, and arguably the best of all, doing all of this and much more with friends. However, the game definitely isn’t perfect and has its problems here and there. Like any other video game out there, it is also subject to multiple different bugs and glitches. We’ll be helping you learn more about one of the more infamous glitches in the game.

One of the most famous and annoying glitches in the entirety of Minecraft is one that prevents players from getting out of their bed. This glitch is particularly very annoying as everything works just fine. The chat usually works without issue and there’s not much problem with typing in-game commands or something like that. The only issue that presents itself is getting out of bed as pressing any buttons to move or choosing the option to get out of bed does absolutely nothing and your character just stays there.

The issue occurs due to many a few different reasons. One example of this is one of the sleeping charms in the game which caused the issue whenever it was used. What’s even more annoying about it is that the problem with this charm still isn’t entirely fixed and quite a few players face this stuck in bed glitch when they use it. Another common culprit behind the issue is the vanilla bed, which prevents a lot of players from getting up whenever players try to sleep on it.

Use the previously mentioned sleeping charm and the vanilla sleeping bed together and you’ll almost certainly face the issue. Luckily, there are a few ways to fix the issue even if you’re facing it. One main example that comes to mind is using the command prompt menu if you can still use it while being stuck in bed. Using a command to teleport you to a specific location can help you get rid of this issue, but it doesn’t really work a lot of the time. Regardless, it is still worth a shot and you should definitely try doing so above all else.

Another very common solution to the issue is to simply restart the game or leave your world and enter it again to see if you’re now out of your bed. This should work pretty much all the time and should be an easy way of getting unstuck from your bed. After you’re finally out, it’s recommended that you try to ensure that you aren’t using any sleeping charms or anything else of the sort which might cause the issue. It is relatively rare for someone to face the issue again and again if they don’t have the sleeping charm equipped and you should be able to avoid it as well once you restart the game and unequip the charm. 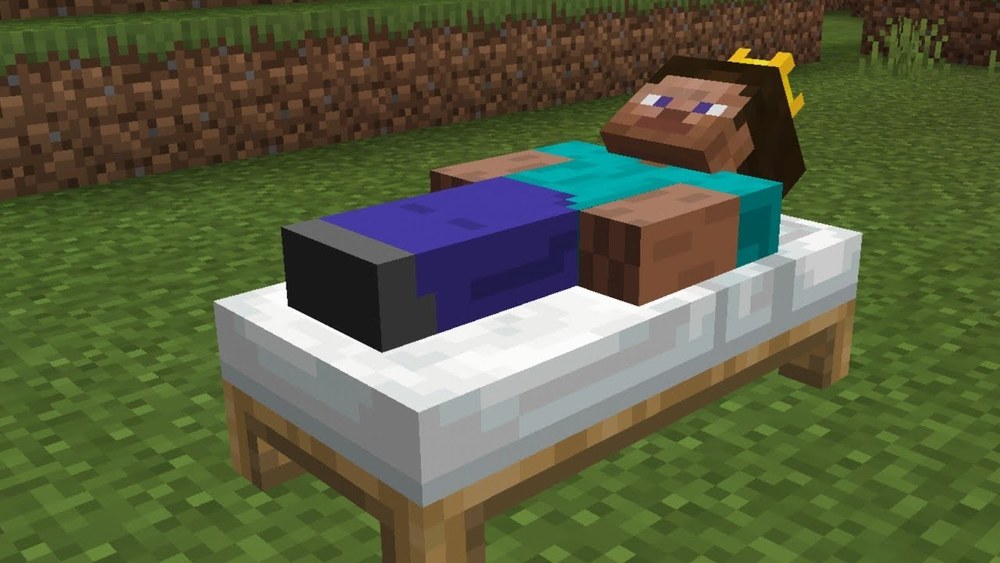