The nether is arguably the most interesting place in the entirety of Minecraft, and it is also one of the most unforgiving places as well. You can either be rewarded for your efforts during an expedition in the nether or you can pretty much lose all your valuables in an instant.

The area is infested with all sorts of dangers and there’s also fortresses in the nether which make things twice as worse. These fortresses feature more powerful enemies that are also different from what you’ll find in the rest of the nether, and their spawning depends on things known as bounding boxes.

The spawning of enemies in nether fortresses is almost entirely dependent on the bounding boxes that are around it. There are two main versions of the game, known as the Java edition and the Bedrock edition. The behavior of the bounding boxes and how enemies spawn through them in nether fortresses is different depending on the type of version that you’re currently playing.

If you play the Java version of the game, then the game will perform two different checks to determine the spawning of enemies in the fortress. One of these checks is when the game determines whether or not the exact spawn point of a specific enemy is under the bounding box of a single piece of the nether fortress. This can include the hallways of the fortress or even the corridors, as well as a few more. When the spawn depends on the bounding box of a single piece like this, it doesn’t matter which type of block the enemy is being spawned in.

In the other case, the game checks to see if a specific enemy’s spawn point is inside the bounding box of the entire fortress as a whole. In this case, the type of blocks on the ground where the enemy is being spawned does matter, as it has to consist of nether bricks. The game runs both checks and when either one is met, it spawns the special list of mobs that are associated with nether fortresses rather than the general nether.

In the bedrock edition of the game, the bounding boxes don’t have this sort of effect on the spawning of enemies, as they aren’t required to determine where they spawn. Instead, the game uses a different method which involves glass panels being placed through different corners of the fortress so that the game can identify the spawn point of these special mobs.

So, the bounding boxes in the java edition of Minecraft are simply a big part of the special enemy spawning process in nether fortresses, as they are necessary for the check to be completed. There’s actually no way for players to get to see these nether fortress bounding boxes in the game unless they use third-party mods which outline the boxes and allow players to see them with ease. 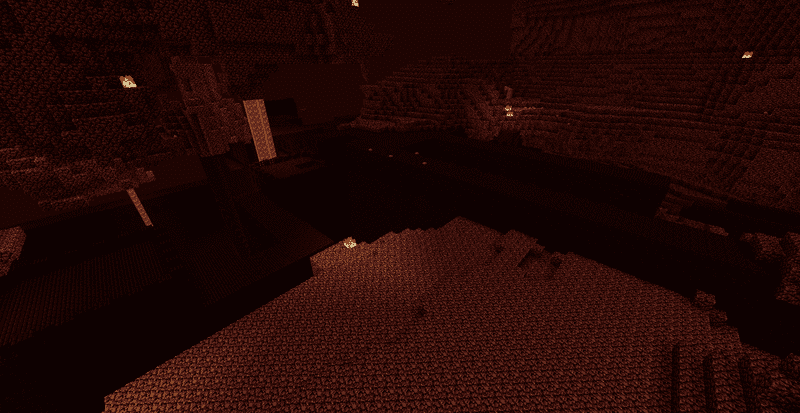