There is a huge fan following for Minecraft all over the world and with all that you get several fan-made mods and launchers as well that can help you get a better edge at the game. Technic launcher is one such launcher that you can get from a third-party and it is basically an indexing platform that can help you build your own mod-packs that you can also share with other people around you. It started as a server platform for those who wanted to have their own servers but it has grown to be one of the very few platforms that can help you build your own mods.

Now, the question that might be raised in most of your minds is that if it is safe to use and what are the pros and cons of this mod. Here are a few things that you need to know about Technic Launcher.

If You Are A Pro

Well, it would be quite safe for you to use the technic launcher if you know how to read code and have spent quite some time with the Minecraft mods and launchers. You should be able to notice if there is a backdoor so that can raise an alarm.

Nevertheless, Technic launcher is being used all over the world, people know it and it is quite popular among those who have a thing for Minecraft mods.

If you are a beginner with Minecraft and not so good with the code, this launcher can cause you to face some issues as well. This is an open-source platform that anyone can use to create some mods and you never know what code someone has put in the mod they have created. So, if you are not looking to give those hackers some backdoor on your PC and want to have a secure Minecraft experience, you should be staying away from the technic launcher.

Here is another thing that you must know, technic launcher voids the piracy rules so you should not be optimally using the launcher if you are living in a region with strong piracy laws. You might be able to get away with it once or twice, but Technic launcher can help you with lots of consequences to it.

Viruses are also a big threat in case you are having the Technic launcher installed on your PC. There should not be any issues for you unless you have the strong antivirus installed on your PC. If you don’t have a premium version or an antivirus that you can rely on, you should never venture to try the technic launcher and that would cause you to leave dealing with the viruses. 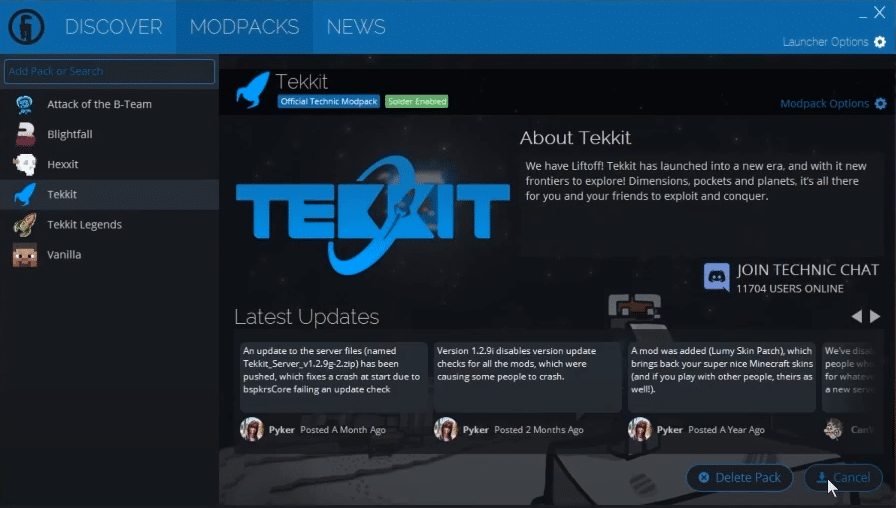