Users have been repeatedly complaining about the RAM in the PC not being detected by iCUE. This issue is most common in the RGB variants of RAM and several probable causes can cause your system to behave like this. So, if you have installed an RGB RAM on your PC and it is not showing up on the iCUE application then you’re not alone.

That is why we will be discussing some methods that can help you get the RAM detected by the iCUE program. Read through this article and try out different methods to increase your chances of fixing the detection error.

How to Fix iCUE Not Detecting RAM?

The detection issue is most common with users that have installed RGB RAM on their Asus motherboard. The reason why you can’t get the RAM detected by iCUE is that the Aura is interfering with the RGB settings. Having 2 RGB controllers activated at the same time will cause users to run into issues. Especially, when it comes to RAM almost every time it is the Asus Aura that is causing the issue.

To fix the detection issue you should start by disabling the Asus Aura and that should get the problem sorted out. Usually, the Aura is set to automatically start as you boot up your PC. You can just disable this feature and that should be enough to get the RAM detected by iCUE. But if the issue persists after you have ensured that the Aura is not starting as you boot the PC then we suggest that you remove the Aura completely from the system.

If the issue doesn’t fix itself after you have removed Aura from your PC then you’ll need to remove the RAM from your PC and then put them back in. There are chances that you didn’t install the RAM properly the first time around which is why your iCUE is having trouble communicating with the memory sticks.

For some users, the fix was as simple as taking out the RAM and then putting them back into different slots. So, if there are some free slots available on your motherboard then you should also try switching the RAM slots and you might be able to get the RAM detected by the Corsair configuration program.

It is just as likely that the RAM is working properly and it’s the Corsair software that is causing issues for you. Minor bugs like this are quite common and users can fix these issues by updating the software to the latest version. We recommend that you completely remove the iCUE from your system first and then download the update from Corsair web.

The possibility of compatibility issues is always there when you try using the iCUE software with different brands of RAM. To confirm whether or not your RAM can be detected by the iCUE software you will need to get in touch with Corsair support. Tell them about the model of your motherboard and RAM that you have installed on the PC. Also, mention the version of iCUE you’re currently using and they will let you know whether or not it is possible to use iCUE with your RAM.

Issues in the motherboard can also cause users to face similar problems. You can try plugging in the RAM into a different computer and then use iCUE to check if the RAM is being detected on the new computer. If it shows up then we believe that the issue is with your motherboard or BIOS settings which is why the RAM is not showing up even after going through all fixes mentioned in the article. Your last option is to get an expert to help you get the RAM detected by the iCUE program. 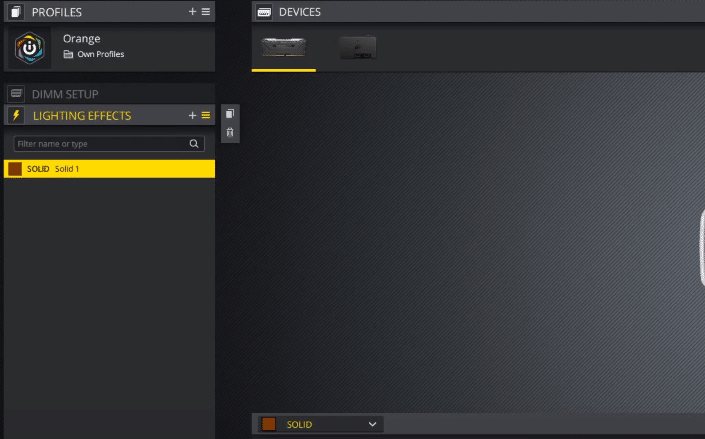