Playing a multiplayer game can often require a certain level of skill. The player has to learn the game before he can finally start to enjoy the game, or start getting a good score. Every multiplayer game has a different learning curve, where some of them have a smaller curve while others have a much bigger curve for learning.

As for some multiplayer games like overwatch, the player’s skill is not the only important aspect, there are other things like map knowledge, callouts, knowing every character’s ability and how to utilize them, all of these play a huge role before the player can actually get good at the game.

Hardest Characters to Master in Overwatch:

Overwatch features over 30 characters, with each of them having an entirely different approach to gameplay. Every character also has his own unique set of abilities, along with a different weapon. This can be quite overwhelming for a new player as learning about each and every character could take a long time.

Although, each character featured in overwatch require certain skill, some of them are definitely a lot harder to learn than the others. Here are a few of those characters which are possibly the hardest to master in the game:

Zarya is a tank with a set of abilities that can be quite deadly when used by the right hands. She is a Russian soldier equipped with a particle cannon as her main weapon. Her abilities revolve around helping her teammates or herself using a bubble shield that charges her weapon from 0 to a 100 after being damaged.

This particular ability makes the hero quite hard to learn as you only have limited use to the bubble shield. Players have to be really careful about using the ability, as Zarya’s damage multiplies as her weapon charges.

Widowmaker is one of the only snipers available in the game. Playing as she requires you to have a great aim. Her abilities include a venom mine and a grappling hook which has a number of uses. It could be used as a last-minute resort to gain some distance. It can also be used to get some sick shots at the enemies.

Widowmaker’s rifle is a pretty solid weapon as it can be used in both long and short ranges. Whenever the player ADS (Aims Down Sight), acts like a sniper rifle whereas it is a fully automatic rifle when the player hip fires.

Wielding a bow and an arrow, Hanzo is a character picked by many players due to him having a great set of abilities. Unfortunately, most of the players don’t know how to properly play as the character. Not only do you need great aim while playing as Hanzo, but you will also need to watch out for the arrow drop-off.

Although the abilities aren’t that hard to use, mastering them is another matter. Hanzo’s ultimate is best used in combination with other hero’s ultimate that restricts movement. He is one of those characters that isn’t particularly hard to play but can be one of the hardest to master.

Tracer is one of the earliest and most iconic characters in the game. She is undoubtedly one of the hardest characters to play in overwatch, equipped with short-range pulse pistols. She also has the lowest health in the whole roster of heroes.

Tracer’s set of abilities includes recall and blink. Blink keeps recharging to a maximum of 3 times and can be used to dash through the map. The recall ability is much more complex as it recovers the tracer’s health to what it was in the last 3 seconds. These abilities make tracer particularly hard. 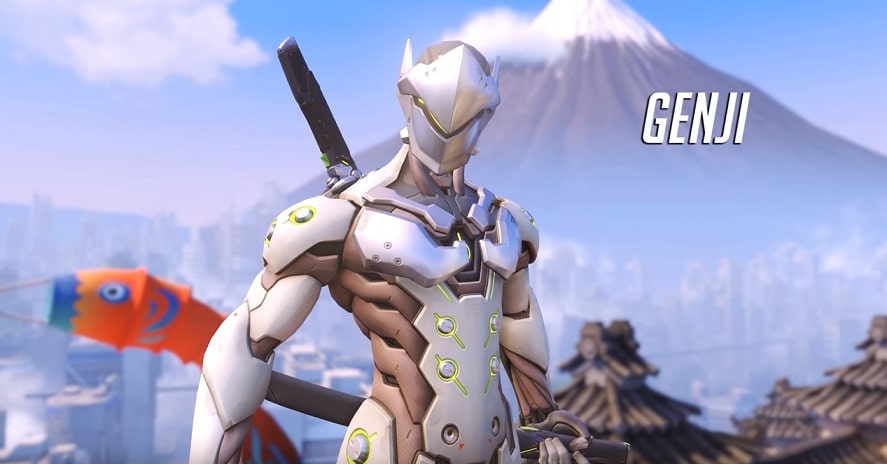 Genji is a cyborg ninja and features one of the fastest-paced gameplay compared to other overwatch characters. He has one of the best abilities in the game. The character uses shuriken as part of his arsenal which is incredibly precise and can be used at all ranges.

His ability to deflect is what makes him one of the most played and hardest characters to master. If done correctly, Genji can deflect most of the attacks, including ults!