The light source is extremely important for your survival in the world of Minecraft. There are different blocks that you use to illuminate the surrounding area. Each of these blocks has different properties and methods to craft them. Having a light source can improve your farming efficiency inside caves and you can also use these blocks to track back to your home.

In this article, we will be going over some differences between the Glowstone and torch and which one you should use at a particular point in the game.

As compared to torches Glowstone can emit more light intensity. Specifically, Glowstone has a 15 Lumen stat which is one higher than light torches. However, Glowstone becomes accessible in the mid part of the game when you have unlocked the netherworld and are exploring it. The primary source of Glowstone is mining it directly from the nether.

But the worst thing about this block is that the overall design is not generally liked by the community. This is why most players avoid using it in their home base or hide it behind some other block. One major difference between Glowstone and torches is that you can’t attach torches to the blocks above you. While you can stick the Glowstone wherever you want which can prove to be quite convenient.

Torches blow out when you put water over them, while you can still see some light coming from Glowstone even underwater. However, it travels for only 3 to 4 blocks; which is why it is recommended to use sea lanterns whenever exploring underwater.

It is one of the most common light sources that you can craft quite easily. All you need is a light stick and coal or charcoal on top and you’re done. The materials are quite easy to farm and it is extremely viable in the early portion of the game. You can also craft the soul variant of these torches that emit blue light. All you have to do is use soul sand along with other materials and you’re all set.

The illumination stat for the torch is 14 lumens which is one less than that of Glowstone. Torches are not as sturdy as Glowstone and can’t work underwater. They stick out from the walls they’re attached to and stop monsters from spawning 13 blocks around them if nothing is blocking the light.

It is quite easy to farm for torches as compared to Glowstone because you don’t have to travel to the netherworld. All you have to do is start digging down and look for charcoal. Come back up and chop down some trees to get sticks and you’ll be all set. Within 10 to 15 minutes, you’ll have stacks of light sources.

So, If you’re looking to light up a large area then torches can prove to be more viable because of how easy it is to farm for them. You can also use Redstone to make Redstone torches to light up TNT or other circuits. 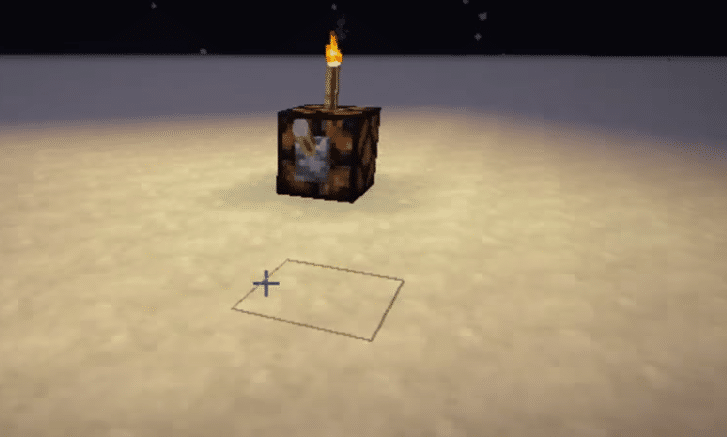