The Water Strider was one of the most popular mounts in all of WoW at a time. In fact, it was actually the most used mount in the entire game for a good chunk of time, mainly because it provided players with the ability to walk on water while being sat on it. This ability is still present in the game, but there have been a few changes made to it which have decreased the once-great fame of the Water Striders in World of Warcraft. If you can’t get these mounts to walk on water for you, here are some solutions that should help.

One of the main reasons why players can no longer use their Water Striders to walk on water in WoW is because of the previously mentioned changes which have been made to the mount. These make it so that there have to be a few certain requirements matched before players can finally start using them in order to traverse on water surfaces.

The level cap is level 100, and there is no way at all for players to ride these mounts on the water before they have reached said level. That’s because the requirements that need to be matched to make the Water Striders ready for walking on water cannot be matched until one’s character is at level 100 or above.

As mentioned, there were multiple different changes made to a Water Strider’s ability to traverse water. The most major change of all was that the ability could not be used by players regardless of what they have done and what level they are at until they’ve equipped the mount with a specific piece of gear. This specific piece of gear is known as the Angler’s Water Striders.

You need to make sure that the Water Strider you’re trying to use has this equipped on it. If you don’t have the item to use with your mount, you can easily obtain it by completing a few tasks. If your character has the required amount of reputation, you should also be able to easily purchase the piece of gear from Nat Pagle.

One last thing left to do if you’ve made sure you’re at the right level and that you’re using the right gear is to relog. If you’re certain that there is an issue and nothing is missing on your part, go near the surface of the water and mount your Water Strider if you aren’t already on it.

Now unmount and log out of the game. Log back in only after a few moments and get on top of the Water Strider again. Check to see if it will start walking on the water at your command after you do all of these things properly. 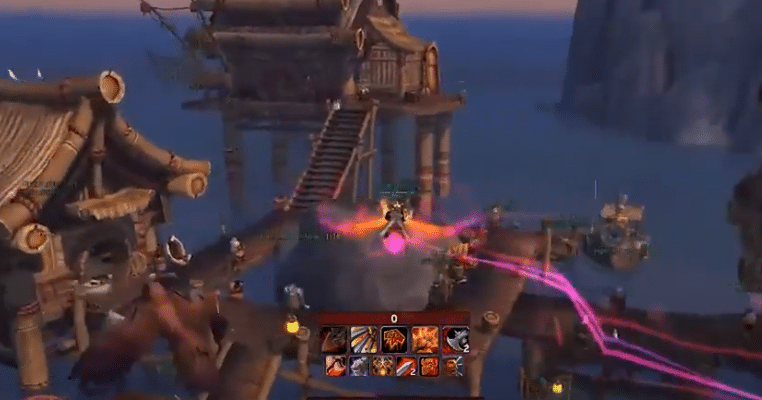