Having a good antivirus can help you protect your PC from different threats. There are loads of malware and trojan programs available on the internet. If you download something from a 3rd party website then make sure to run it through an antivirus before you open it. That way the antivirus can scan it for possible threats and you’ll protect your PC.

Avast is antivirus software that you can also install for free on your PC. There are also some paid features available that you can subscribe to. You can download it from the Avast web for your windows.

Antivirus software like Avast is known to block services for some of your existing programs. Even though you’re sure that your program is legitimate and is not malware, the Avast application might still flag this program as malicious. This is why some users are not able to update their Razer tools, sometimes Avast blocks the users from installing the programs altogether.

If the Avast program is blocking your Razer tool from updating then it does not necessarily mean that the program is malicious. It is very common for antivirus programs to give false positives. If you’re sure that you have downloaded the Razer tool from the official source then you can go ahead and add exclusion to your Avast program.

You need to go into your Antivirus application and mark Razer Synapse as safe. This will ensure that Avast does not block your program from accessing the internet. But if that doesn’t fix it for you then you need to find the web protection feature on your Antivirus and turn that off. Now, you should try updating your Razer tool again and it should work.

You should also report the issue to Avast so that you can bring their attention to this error. Once they take notice, they can fix the bug and then update the directory to help users avoid this issue in the future. So, make sure to send them an email if you’re running into any errors regarding their application.

All in all, if you’re having trouble with Avast blocking updates for your Razer configuration tool then you can go ahead and disable the antivirus application and you should be able to update the tool without any issues. The web protection feature is known to malfunction from time to time, where it will stop your existing programs from accessing the internet. This is why your Razer tool is not able to update as it is having issues in connecting with the server. So, just try disabling Avast and you should be able to get the update through. 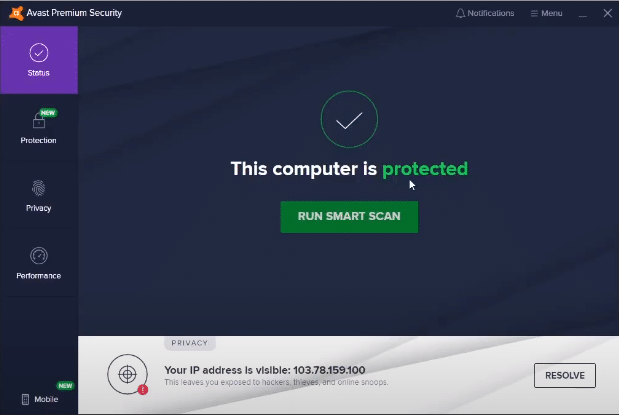