When it comes to gaming hardware and a variety of different electronics meant for use by the average consumer, there’s no doubt that Razer is one of the top retailers that come to mind. \They’re responsible for manufacturing what is widely regarded as some of the best electronic equipment for gaming and other usage, among other products as well. But that isn’t all that they do, since they try to help computer users in many other ways too. One great example of this would be the Razer Cortex application.

Razer Cortex was released many years ago and continues on to be a popular application used by players all around the world. If you’re looking to download the application but wish to do a little more application before you go through the trouble of setting everything up to use it, we’re here to provide all the info you need. \Our review of Razer Cortex given below will you all there is to know about the software, including the ways it helps and why or why not it isn’t as great as some might make it out be.

The first things we’ll be taking a look at are all the different features that Razer Cortex has in store for players. The first one of all is the “deals” feature which is a surprisingly handy feature. As the name might suggest, this feature of the Razer Cortex provides players with information about all kinds of different deals.

It’s a review aggregator which scans the internet for deals and provides you with everything you need to know about them. In short, it lets players grab great games for the cheapest prices that they’ll be able to find from reliable stores.

The next feature we’ll be discussing is the game launcher. In this case, as well, the name of the feature is more than enough to get a pretty good idea of what it is all about. The launcher obviously does its job and is good enough for starting any games that you intend to play, but it is also capable of doing more than that.

It gives you some information about the games you’re playing as well, along with something called Razer Silver, which is the brand’s own currency. After you get a certain amount of this currency, you can exchange it for games or Razer hardware.

And last but certainly not least is Razer Cortex’s booster feature, which is arguably the one that’s made the application as popular as it is. This feature intends to help those playing games or those that are just using their computer for any purpose at all by providing them with a much smoother experience. It does so successfully in some cases and is an especially helpful feature for those that don’t have powerful gaming rigs and could use something of a performance enhancer. It is the most popular feature the program has to offer and is certainly its main attraction too. We’ve discussed how well this booster feature works and who it’s intended for down below.

First up is the game booster, which a majority of people will be more interested in. This feature of the Razer Cortex app aims to provide a much smoother gaming experience. It does to by freeing up as much memory as it possibly can and making sure the system diverts all of said freed up memory and resources towards the game you’re currently playing. This calls for an improved frame rate as compared to what you might usually be accustomed to.

As for the system booster, it is certainly an interesting concept, but not one that is as helpful as its gaming counterpart. It is good for PCs with lower specs, but it doesn’t really make any major difference for computers that are decent enough and don’t usually hang when you try to use them. In short, the system performance booster is a good idea but not one that’s executed all too well.

One of the better things to be said about the Razer Cortex is that it’s great when it comes to ease of use. It offers lots of accessibility features and is easy to manage. Each set is easy to enable and disable at command, and there usually aren’t too many issues and errors with the application which is a good thing. It provides convenience in terms of overall use, and that’s a great thing because anyone can get accustomed to using it without any kind of complications.

Another good thing about the Razer Cortex software is that it is completely free for anyone to download and make the very most out of without any charges at all. It is available to install for free on the Razer website and can be used by just about anyone. Unlike most of the other apps of its kind, it doesn’t annoy users with any ads or notifications asking them to upgrade to a premium version either.

You can use it without any ads or other kinds of intrusions ever-annoying you. There is a Booster Premium too which is paid, but you’re never asked to upgrade to it if you don’t want to and you can just keep using the base free version however long you want.

Razer Cortex is great depending on the specific person using it. It isn’t the most helpful thing in the world for those with already great PCs, but it is sometimes a life-saver for anyone looking to game with less powerful rigs.

It offers lots of convenience in terms of overall use too, along with content that is completely free to use without any ads shoved down the user’s throat. All this makes it a certainly helpful app we recommend trying, especially if you’re looking for good deals and relatively higher frame rates. 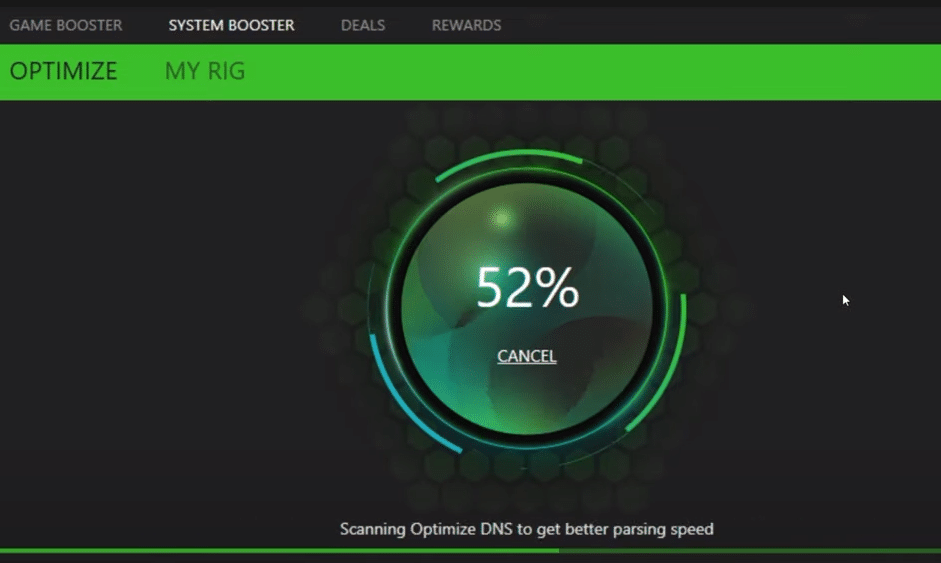