Overwatch, being an incredibly well-received shooter game, hosts a variety of diverse and thought-out characters that bring life to the narrative of the entire game and it’s setting in a world ravaged by dangers of robotic foes and nefarious antagonists. Members of Overwatch, an elite group designed to safeguard against the threats to humanity, all have their own struggles and reasons to protect humanity and none have a more dynamic and troubled past than the two brothers of the infamous Shimada clan.

What Did Hanzo Do To Genji In Overwatch?

Established centuries ago, the Shimada clan is a vast criminal enterprise consisting of ninjas with exceptional skills in combat, assassinations, and other illegal trades. Soon after the death of their father, the current clan leader, Hanzo and Genji Shimada had to step up for the sake of the clan.

However, Hanzo, being the eldest of the two brothers and a child prodigy, was chosen to lead the clan and had immense responsibility thrust upon him. Genji, on the other hand, realized that the family legacy didn’t matter to him and lived a life of privilege and disregarded his clan’s needs since he knew he was never going to be head of the family.

This enraged the clan elders who asked Hanzo to deal with his wayward brother and get him to take on an active role to benefit the clan. Genji refused to do so, putting Hanzo in an incredibly difficult position of having to put the needs of the clan above his love for his sibling.

This led to a heated confrontation between the brothers and, although both of them were extraordinary fighters, resulted in Hanzo dealing a fatal blow to his brother and leaving him to die. Stricken with grief overtaking the life of his own kin, Hanzo abandoned his clan and traveled the world to try and atone for he had done, unaware that his brother had managed to survive and that it wouldn’t be long before they were reunited on the battlefield. 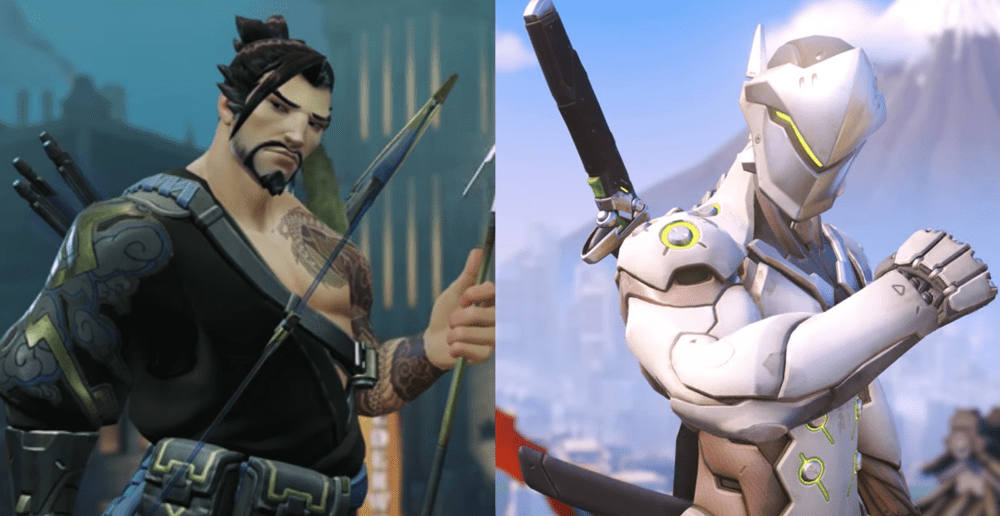