Overwatch is a first-person shooter game with over 50 million players as of November 2019. This is a team-based game which means it relies on team members with different characters working together to achieve their goal. With a huge player base, Blizzard Entertainment has decided to start working on Overwatch 2 which will mainly focus on Player vs Everyone and new modes such as Push.

Overwatch currently has 31 playable heroes (characters) which have been categorized into 3 main roles. These roles are Support, Tank, and Damage. Tanks have a good amount of health and are placed at the front line to disrupt enemies. Damage, as the name suggests, are used to deliver firepower and to engage enemies very often. Support heroes are usually not very good to deal with damage as their main aim is to aid teammates.

One of the heroes with the role of Tank is Roadhog.

Every hero has a backstory in Overwatch and Roadhog’s story is that he was living peacefully until after the Omnic crisis the government officials gave omnics the Austrailian omnium and the surrounding areas of it. This step displaced many people from their homes including Mako Rutledge (Roadhog). Mako and other residents formed Austrailian Liberation Army and rebelled. This rebellion increased tensions until one day the rebels damaged omnium’s fusion core which destroyed the whole city. Seeing his home burn to ashes left Mako with many scars due to which he became ruthless and cruel. All his emotions died one by one. That is how Mako slowly died and Roadhog was born. His ruthlessness is displayed by his chain hook and destructive nature by his shotgun.

With a huge number of players, Overwatch has to keep rolling out updates to keep these numbers stable or higher than ever. These updates are also there to maintain balance so that no one is overpowered and everyone keeps enjoying Overwatch.

Now his Ultimate ability: Whole Hog costs 45% more. That was a drastic change and a major blow to Roadhog fans. Again he was nerfed after two months of the first nerf (Sep 1st, 2016) and now if Roadhog loses line of sight while retracting his hook with an enemy attached to it then the target would be automatically moved to their previous location. This means they will not be detached midway.

The next nerf is done on Feb 28, 2017. The target is now pulled towards Roadhog but the distance between them is increased to 3.5 meters from 2 meters. This might not seem like a major change but when considering that Roadhog is equipped with a shotgun. Shotguns deal more damage at close ranges. Increasing this distance will decrease the damage of Roadhog’s shotgun to the target.

After a few months (July 27th, 2017) the bullet damage was decreased by 33% but fire-rate was increased to 30%. This would seem to be a good bargain but not for those who actually use Roadhogs as a Tank to deliver more firepower.

Even though Roadhog has been nerfed many times this character still remains as a fan favourite because this hero does not take much time to master. Another important thing to mention is Roadhog’s unique style which makes him stand out of all the playable heroes. Due to simplistic controls, Roadhog is also used by many beginners. It doesn’t matter how many times they nerf Roadhog it will remain of the best and most fun character to use in Overwatch. 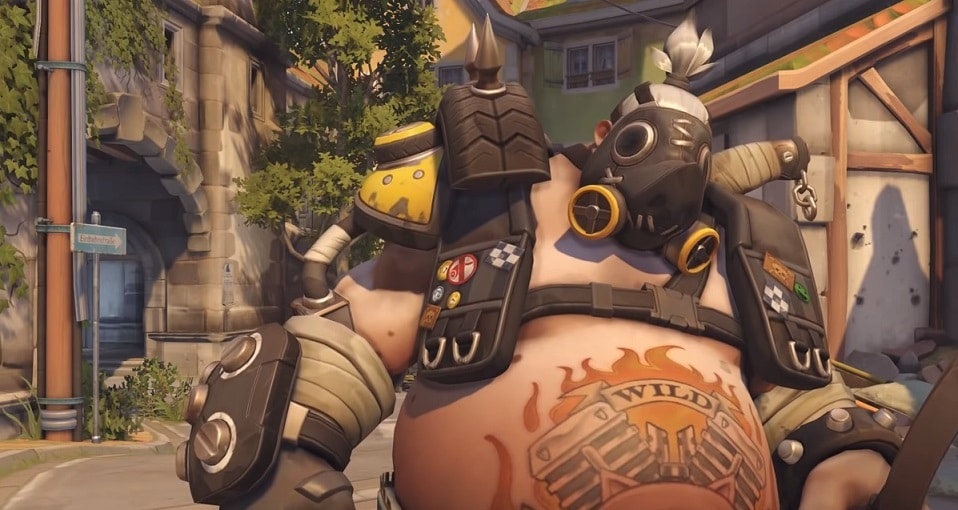