Minecraft allows provides users with a lot of accessibility and freedom in the game, which is the main reason behind its vast popularity. However, another great thing about the game is that it also allows players to make a lot of changes outside of the game.

For example, there’s a huge range of different settings to choose from which players can enable and disable at will. Some of these are common and found in most games while some are unique for Minecraft. One of the most common but helpful ones is VSync, and we’ll be talking more about it today.

What is VSync in Minecraft?

VSync is a setting that you’ll find in just about any single modern game on PC right now. It is basically a feature that allows players to completely lock their frame rate at a specific amount. This specific amount is 60, which is the standard frame rate for PC gaming as most monitors don’t feature a display that can support more than 60 frames per second.

This is a very helpful feature because it ensures that your frame rate never falls low, disturbing your gameplay in Minecraft. However, there are a lot of negative things said about VSync on the internet despite it being a feature that was intended to provide players with an ideal experience.

Should you Use VSync in Minecraft?

A lot of people say negative things about VSync. This includes saying that it can damage your PC or cause your other problems with your computer. This absolutely isn’t true, as there is no way that VSync alone can harm your computer in any way. The only real negative effect that VSync can have for some players is screen tearing, which is caused by the graphic cards of said player.

VSync itself is just a feature meant to provide players with a solid frame rate of 60 per second. If a player’s screen tears while using it, this just means that their GPU likely isn’t strong enough to support the load of constantly running a game at 60 FPS. However, even this is hardly ever a problem when you try to use VSync with Minecraft. Minecraft isn’t exactly the most realistic and load-bearing game when it comes to graphics.

Even if you use a lot of texture packs and mods, your GPU should still be able to run it on constant 60 FPS comfortably given that it isn’t too old or damaged. This is why you should definitely use VSync while playing Minecraft if you prefer constantly good frame rates instead of frame rates that can drop up and down all over the place.

However, there is one situation in which it is better for you to not use VSync. If you’re computer usually constantly runs Minecraft on more than 60 frames per second (such as 80-90+ FPS), you probably shouldn’t use VSync as it will be making your experience worse than usual. However, if your frame rate usually falls below 60 you should use VSync to prevent that. The extra load that VSync puts on your GPU shouldn’t be that much and you can easily turn it off even if there’s some screen tearing. 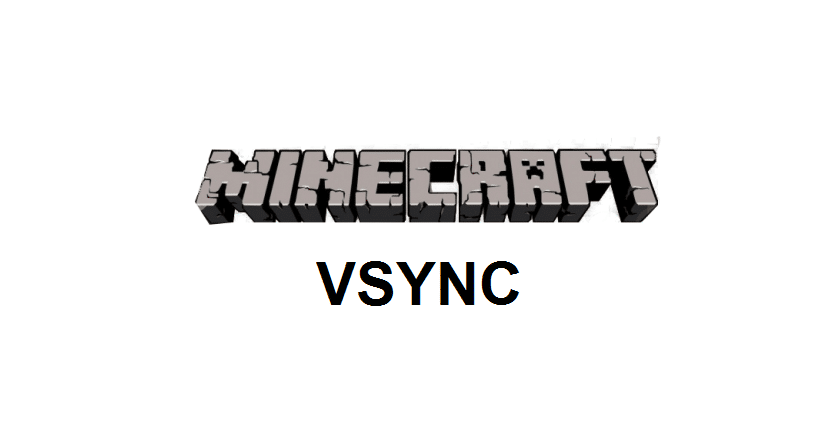