Just like mobs refers to any entity in Minecraft, Biomes are the different regions featured in Minecraft. These biomes can vary with different visual features, heights, humidity, temperatures, and more. Biomes are responsible for dividing a generated world with different environments. For example, forests, jungles, and deserts.

Biomes enhance the player’s experience while exploring his world in Minecraft. Thanks to these biomes, players get a great sense of diversity on their exploration.

The normal biomes generated in the Overworld is also called as the default biomes. The biomes take up a lot less space compared to large biomes. As the name suggests, this is mostly the default choice when players are generating a world.

Large Biomes vs Default in Minecraft

While in the process of generating a world, many players compare large biomes vs default in Minecraft. Which one will provide a better experience while playing? This question revolves around the head of quite a few players. To decide and choose which one is ultimately the better choice, here are a few points to keep in mind:

Large biomes feature a much bigger size. Due to this fact, the noise gets much more noticeable. This in terms makes the terrain look a lot more interesting as well. A 5 block radius hole in Minecraft will become a 20 block radius. They will look more like a crater.

In the default biomes, the player can barely see the difference. The default biome might look flat to a few players. Although some players do prefer this look. However, according to the opinion of a few players, this is one of the reasons why large biomes is the superior one.

As mentioned before, large biomes are actually x4 times larger than the default. This means that large biomes are quite expansive. Players looking forward to experiencing more exploration might love this. Especially those who love to travel in Minecraft.

The default biomes take up much less space. Without doing much exploration, players can farm their required resources.

One major downside of choosing large biomes is traversing through biomes. Sometimes it can take Minecraft months for the player to go to the desired biome. This is one big reason why players don’t like large biomes. The exploring mechanism gets a lot more hardcore compared to the default.

On the other hand, default biomes are much more forgiving. Players can quickly go through different biomes. They don’t have to spend much time traveling. As the size of default biomes is much less from large biomes, players won’t need to worry much about spending most of their time traveling. 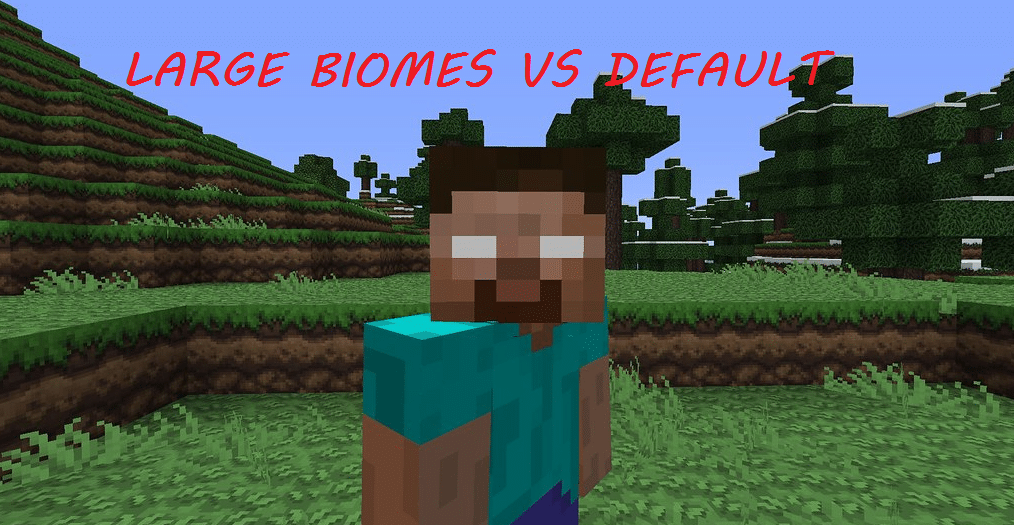