Mobile games are getting more and more popular with more power being embedded into mobile devices and we can experience more immersive and enticing gameplay at the palm of our hands. There was a time when we had to sit tight in front of a screen and gaming console to enjoy our favorite video games. Now, you can see tons of mobile applications getting widely popular all over the world and people prefer to play mobile games more as they are a better time pass while relaxing for a bit inside your office, or killing time while commuting to work each day.

Merge Dragons is one such game that has gained wide popularity among the mobile games of this year. We have a tendency to get fascinated by magic, and mystical creations around us. Merge Dragons allow you to dive deep in the world of magic where you have to merge three or more similar objects to create another magical artifact. But that is not all, to make things interesting, there are different goals like saving a village, creating life by merging things and a lot more. This game is the right thing to keep you hooked for hours and hours.

Game is full of vibrant colors and cool animations making it much more fun, not only for kids but adults and you can see its popularity growing each day. The gameplay, dynamics, animations, sounds, and the story is aligned perfectly to make you forget your surroundings for a while and release all the stress that is burdening you from a long day’s work. The game has certain special items such as golden apples that are of significant importance and if you are into the game, you must know all about golden apple.

The whole concept of this game is to merge all sorts of different magical objects to make them evolve into something better and livelier. There are tons of different concepts that are revolving around the game, all magical and fictional. One such object that you get to merge in the game is Golden Apple. The golden apple is an epic level object that is not obtained easily and you need to figure out the right match for a Golden Apple to match it with. You can only match these mystical objects with their right match and finding the right match for Golden Apple is the mystery you have to solve.

As you move forward with the levels on the game, you get to unlock more and more unique items. Dragon eggs, plants, magical objects, and whatnot. Golden Apple is a fruit from majestic King Midas’s garden that you unlock at an epic level. The whole concept of the game is revolving around merging the most powerful object to discover new artifacts and heal the land. If you are at a level where you can get Golden Apple on the field and you want to know what power it entails and what objects it can be merged with, here is a brief review.

Golden apples are a decorative item that increases the beauty of your land. You can merge 3 or 5 golden apples together to create the Golden Apple of the Cosmos, a magic coin, or Dragon Egg Chest easily. These items hold significant importance for your game score and are a big achievement if you are able to get to them. Golden apples are your key to stepping up in the next level of the game.

There are different types of golden apples in the game, each containing the different magical value and different levels of the core that you can gain. These Golden apples are as follow: 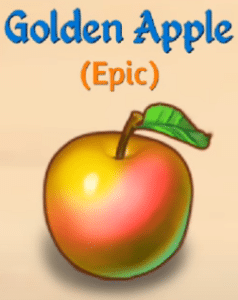 Golden Apple is a rare item that unlocks on Epic level. You can merge 50 golden apples together to unlock the giant Golden apple level that will start appearing on your screen after you have it unlocked. 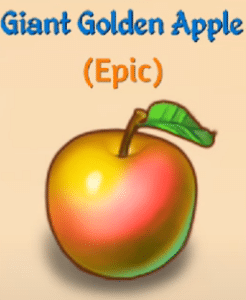 Giant Golden Apple is the second level of Golden Apples in the game. Once you have it unlocked, upon merging 3-5 golden apples, you will create the giant golden apple that holds its own significant value and is a great decorative item for your land.

Golden Apple of the Cosmos 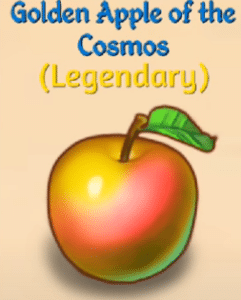 This is the ultimate level of Golden Apples that is the best thing you can get. It is not only the right decorative item but it can also be merged into Dragon Egg Chest, Dragon Nest Vault, or Mega Nest Vault. To gain The Golden Apple of the Cosmos, you will need to merge 3 or 5 Giant Golden Apples. The rarity status is Legendary and it appears on Level 3 on the game. It is worth 30 points and stands at the top of the chain of golden apples.

What can you do with them?

These golden apples can be merged to obtain those legendary chests for you that contain some rare magical powers and artifacts. But the drawback is that you will need to use gems to open these chests. If you don’t buy gems and run out of them, these chests would be worthless for you.

The game offers a trading system where you can sell these objects for the in-game coins. The options you have here is either you can sell these golden eggs to earn some coins and lose them. However, if you don’t plan on selling these apples directly.

There is nothing to be worried about. You can harvest these golden apples all you want, merge them up to the golden apple of the cosmos, earn some chests and then you can sell these chests for the coins. It is all up to you if you want to sell the golden apples separately or just want to keep merging them and sell those chests.

Either way, you will be saving all the rightly earned, precious space on your magical land and everyone will be happy. Be mindful that merging these apples together will not only earn you chests but some points along the way as well.