These days, there seem to be millions of brands out there building wireless headsets for the purposes of gaming. Of all of these, the Astro A50 headset is definitely among the pricier options out there.

However, it is important to note that not all of these headsets are built equally. For example, some of the cheaper options out there are basically unusable in the long run and will cause you to miss quite a few key noises while you are gaming.

On top of that, there are quite a few that still let in quite a bit of outside noise. So, if you are living somewhere that is particularly loud, you’re really not going to get much benefit from them. In terms of this aspect, the A50’s have you covered – quite literally.

Their bulky and padded design covers your entire ear and allows no leakage of sound. It effectively allows you to isolate the in-game noises so that you never miss an audio cue. This design is also more comfortable than most, allowing for lengthy gaming marathons, without any irritation.

Of course, it is also important to talk about the most important factor you should consider when choosing your gaming headphones – the sound quality. One of the key factors within that bracket is whether or not the audio balance of the headphones is right.

For example, if the headphones are so bass-heavy that they end up masking any of the more subtle audio elements, this will have a negative effect on your gameplay. We’re pleased to report that Astro A50’s stand out head and shoulders above the rest in this regard.

However, there is one problem with the headset that quite a few of you have been reporting as of late. It seems that you are struggling to reset the headset. Well, today we are here to show you how it’s done.

How To Reset Astro A50 Headset? 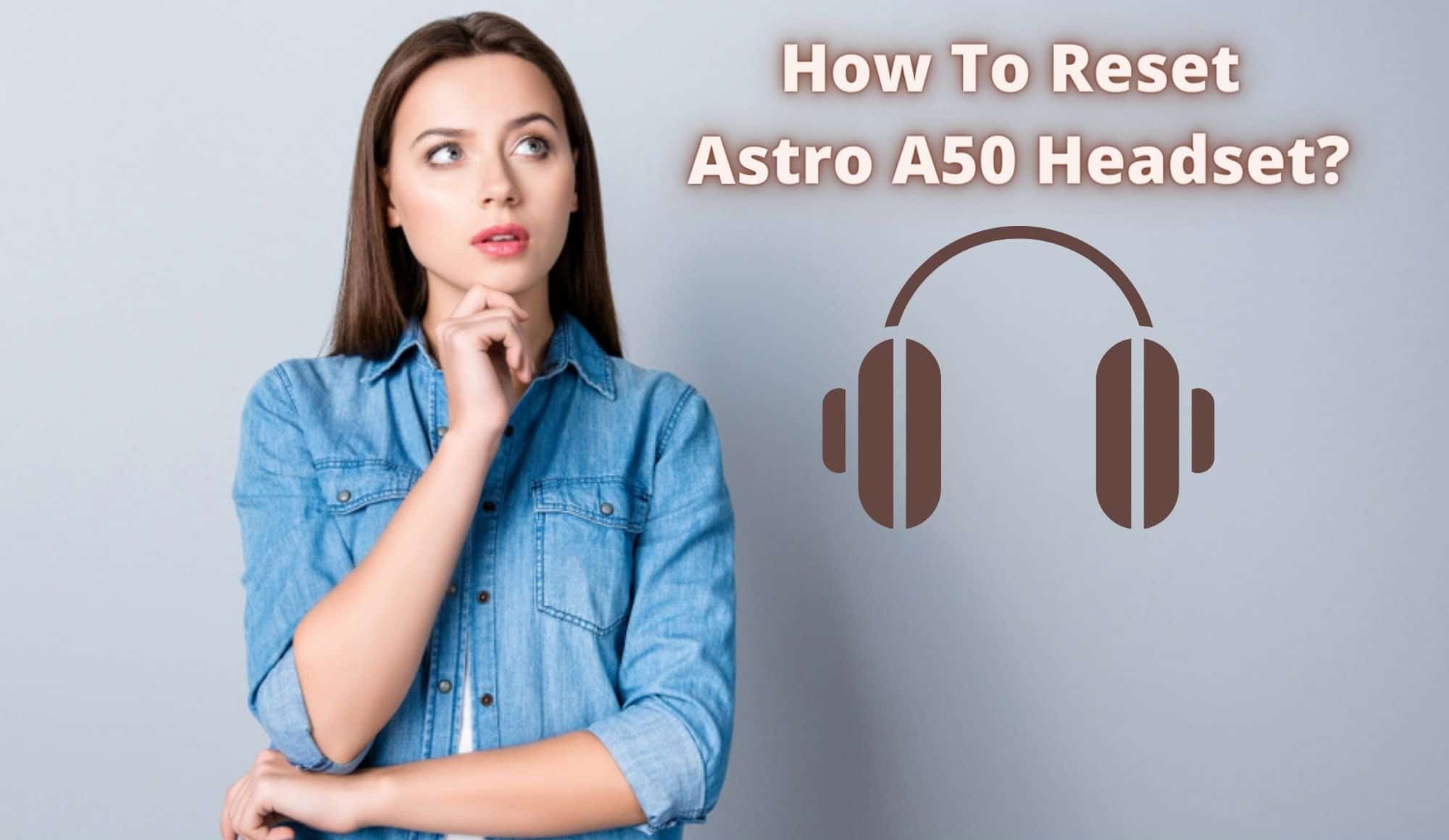 One of the best things to do when there is some minor problem with your headset is to just reset it. However, the process for doing so isn’t quite as obvious as it should be. That being said, it should be noted that this won’t fix absolutely every problem you will ever encounter with the headset.

It works best for issues like when you’re having a hard time connecting them up to the system you are using. If the issue is likely to be a hardware issue, the reset won’t do much to help. It’s still worth a try, but we wouldn’t go into it with high expectations. With that being said, let’s show you how to reset them.

So, as you’re holding this down, you also need to hold in the “game mode” button on the side of the right headphone. To make sure you get it right the first time, make sure to hold them in for at least ten seconds – possibly even as long as 20 seconds in some cases.

Once you have made sure that you have done this right, the headset should reset without any further interaction from you. Then, it will reboot once it has done resetting. At this point, all that remains is to check if everything is working properly again.

To do so, simply try connecting it up to your gaming device again. If it has been successful, the base station will let you know.

What if this didn’t reset the headset? 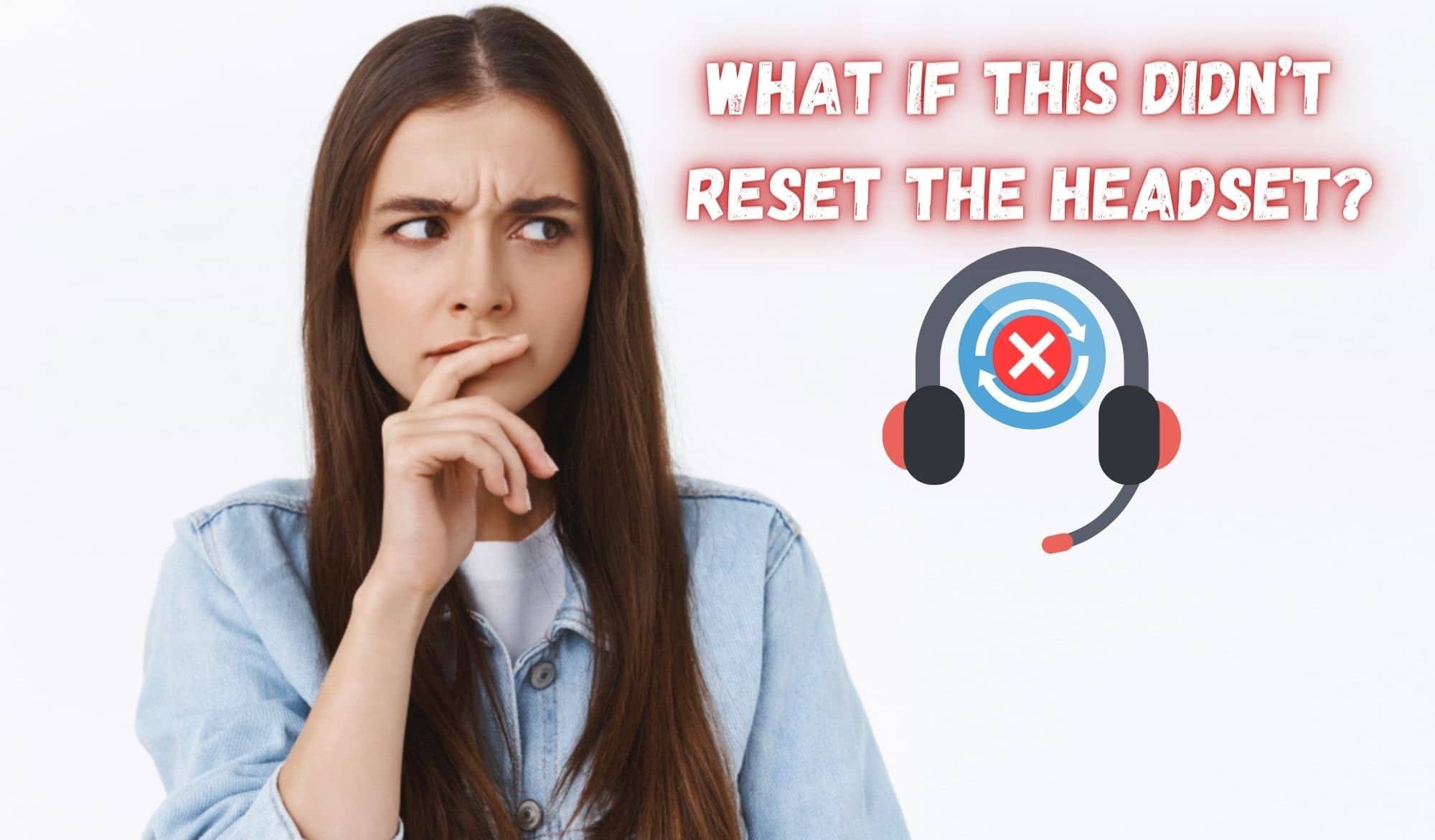 On occasion, it can be the case for some of you that this method may not have worked out. Generally speaking, this will be because of the design of the headphones themselves, which can lead to instances of human error when people try to reset them.

For whatever reason, the Astro A50 headset was designed in such a way that the “game mode” button has an uneven surface for you to press.

This quite often leads to customers not holding the button down right and accidentally just toggling the headset to voice mode instead. So, there’s no quick fix for this except for taking extra care to avoid this potential pitfall.

What if my Astro A50s don’t work after the reset?

If you are sure that you have reset the headset correctly and they still aren’t working at all, the first thing this would indicate is that there may be some hardware issues at play here.

So, if you have found yourself in this position, there are a few things you should check to rule this out or to confirm it. The most likely cause is the battery. It goes without saying that if the battery is faulty, there isn’t any chance for the headset to begin working.

The first thing that you should be checking to rule this out is that the battery actually has some charge in it. In the same vein, it is also worth making sure that the charging station is charging it. So, let’s diagnose this in the simplest way that we know how.

To rule out some issues with the power source, we would suggest that you try using the base station with another power source and then try charging the headset again. Next, we would then have a look to make sure that none of the charging pins are damaged.

If they are, there is no way around this other than to replace the base station. Asides from that, the next likely outcome is that the headset is just broken. If so, they will need to be replaced. If they are still under warranty, there is a chance you can get this done for free.

No matter what the case, we would also suggest that you check out the community boards and forums to compare your experiences against those of others.

That way, you will know how likely it is that your issue can be easily fixed. Reporting the issue to Astro themselves will also get you an alternative troubleshooting list. At this point, this is not going to do any harm.