Many players don’t manage their gems properly and waste them on all the wrong things in the early stages of the game. This is very costly as you won’t be able to beat players in the higher tours without this currency. Take a look at this detailed guide in order to make sure you can avoid this and spend your gems in the best way possible.

How to Get Gems in Golf Clash

There are multiple ways for players to gems in Golf Clash. The main way is to spend real money in order to get the most gems possible, however, a majority of players don’t prefer this method. Luckily, there are also some ways that you can earn gems for free.

First of all, you should keep in mind that you won’t get gems from tour chests. It is simply not possible for a tour chest to provide you with free gems which is why there’s no point in waiting to get gems from them.

This means that the daily free chest and the golden chest are the only two chests in the game that can help you earn some free money. The golden chest, otherwise known as the pin chest, allows you to earn items by getting a specific amount of pins. Many players believe that it’s hard to get too many gems in the game as the daily chest and the pin chest don’t provide a lot of gems. However, this isn’t true.

Your trophy count will keep increasing as you play more and more matches in the game. This will allow you to access the higher level tours. The rewards in your daily and pin chest will keep improving more and more depending on your tour level. This means that you’ll start to get more and more gems every single day based on your progress.

In short, you should play as much as possible and try as hard as you can in order to win games. This will allow you to reach the higher tours and get more gems from your chests. You’ll be able to collect more gems this way and ensure the fact that you have enough of them in order to purchase all the important things that you need.

There was also a new feature added to the game known as clan perks. This feature allows users to increase their daily revenue of gems. The feature provides a boost of up to 75% for your daily gems and can allow players in the highest tours to get over 100 free gems in a single day. Because of this, it is highly recommended that you join a clan that is both active and highly successful.

How to Spend All Your Hard Earned Gems

Early Stages of the Game

You really don’t have to worry all that much about your gems during this part of the game. It is recommended that you don’t spend them on buying things such as special balls as you don’t need them for the time being. Instead of this, you should try to speed up all your chest openings.

Middle Stages of the Game

You’ve reached the middle stages of the game if you have 2,200 to 3,900 trophies. The best way to spend gems during this part of the game is to purchase Thor’s Hammer from the shop. The contents of the shop wait from time to time meaning that you’ll have to wait until Thor’s Hammer is available. It is one of the best clubs for this stage of the game and can greatly benefit you. 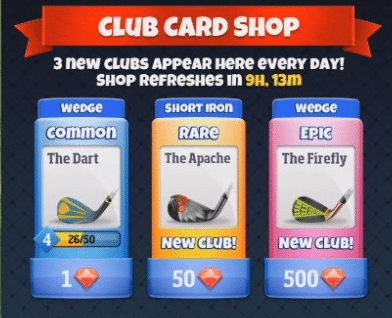 A single card of Thor’s Hammer costs 100 gems which is why you should save as many gems as possible. You should also speed up your chest opening times if you have a few gems to spare. Buying special balls is also a good way to spend gems during this part of the game, however, it isn’t that necessary.

Last Stages of the Game

After you’ve reached above 3,900 trophies, you’ll be able to earn over 100 gems in a day if you’re in an active clan. You should collect as many of these gems as possible and spend them to get the Apocalypse from the daily store. It is one of the most helpful clubs in the game which is why it is recommended that you spend as many gems on it as possible.

You don’t really need to speed up chest opening times anymore. The cards you get from chests will rarely be helpful. Instead of this, you can use all your extra cards in order to purchase special balls which are great at this stage of the game.