A cult classic that paved the way for game of the genre, Space Station 13 is a relatively unknown title for most gamers but still stands out as a classic with an incredible following and fanbase, even to this day. With an exceptional blend of retro gaming graphics, role-playing elements, chaotic gameplay, and essential teamwork between players, this game brought a unique and interesting take on survival when it was first released.

The game entails players assuming roles of crew members aboard a space station (as the name implies) and keeping the station running as smoothly as they can while keeping the sabotaging forces at bay and rushing to complete their objectives.

Each member of the crew is tasked with specific missions and goals, from medical officers to security personnel, while one or more players are chosen as the antagonistic resistance to the station’s crew and must disrupt the mission at hand. Additionally, there are numerous dangers that befall the space station such as airlock mishaps, meteor showers, engine failure, and much more, forcing players to band together in order to survive and come out on top.

Even though no official sequel ever came close to being released for players around the world, there are a number of games that share the roleplaying and chaotic sense of Space Sation 13, and the following is a list of games fans of Space Sation 13 might enjoy playing to rekindle the joy and sense of urgency and paranoia they felt back when playing the original. 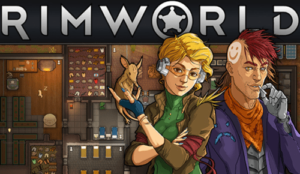 Charged with keeping survivors from a spacecraft alive and thriving on an alien planet, Rimworld plays out as more of a story generator with colony sim aspects that are driven by a well-developed AI with events and occurrences thrown at the player for an added chaos element. Furthermore, each colonist has personal traits and attributes that make them good for certain tasks and jobs and incompatible with others.

Manage them accordingly but be prepared to have them do things their own way, with you acting as an overseer and not directly affecting their actions and choices. Survivors will create relations, be inflicted with injuries and diseases, have needs, and perform tasks according to their mood, which the player has to keep stable.

Players can settle in a pre-chosen spot around the world and proceed to gather resources in order to craft structures, equipment, and even weapons, anything that might be needed to survive. With a highly comprehensive world and an intelligent AI, the possibilities are endless and the game will provide players a vast amount of entertaining gameplay scenarios to stay hooked on. 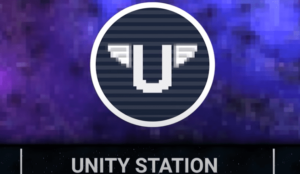 Based directly on Space Station 13, Unitystation is centered around an outpost exploration ship at the edge of space and plays out quite similarly to SS13 with a sense of paranoia and wild, funny threats that make life on the station incredibly difficult. The game is played in rounds and features an assortment of roles and jobs for the players, including doctors, scientists, janitors, technicians, and a lot more. Each round begins with a randomly selected antagonist whose goal is to sabotage the station and its working and fight against the crew.

The game acts as an unofficial sequel to SS13 with player-driven gameplay and the ability to interact with anyone or anything, creating a unique story every round where anything can happen and where possibilities of extreme scenarios are endless. A remake of a classic game, with better graphics and a better gaming engine, Unitystation provides a great alternative to the original space survival title and impresses fans of the original game

Considered to be one of the most intricate and complex simulation games of all time, Dwarf Fortress is a legend of the genre and comes from the era of the early 2000’s games with inspiration from Firefly, Dune, and even Space Station 13. And if you’re looking for something with the chaos element at its core, there is nothing better (and more challenging) than this incredible simulation of managing a dwarven kingdom where insanity and mayhem are regular aspects of the game. Offering nearly infinite hours of gameplay, Dwarf Fortress generates an actual world with civilizations, cultures, creatures, and much more, with actual graphics in the newer version of the game.

One the oldest gaming projects still breathing (created in 2003 and still being updated), the game provides players the means to build their own fortress and help your dwarves survive the harsh world from threats like starvation to dragons to insanity. A legendary title in the genre, this game provides an exceptional time-consuming hobby with various game modes, options for numerous modding, and an endlessly vast generated world.

Barotrauma takes the concept of SS13 and puts the whole scenario in a submarine deep within the dangerous oceans of Europa. The game puts players in a position where they have to work together and keep the submarine operating effectively, fight off nightmarish creatures, and prevent sabotage from rogue players hidden among the crew members. Featuring a more modern look and feel to the game’s graphics, the game opts as a great alternative to SS13 with great horror elements in its gameplay and a sense of urgency similar to many games of the genre.

Navigate the depths of the ocean as players complete tasks and objectives, while communicating and trying to keep your submarine (and yourself) alive. With various player roles, complex onboard systems, and a perilous journey, Barotrauma plays out a great horror survival simulator and will provide great fun for any fans of the simulation genre.

Another great classic on the list, FTL lets players experience the atmosphere and feel of running and maintaining a spaceship that is on the course to save the galaxy. A dangerous mission with unique challenges and struggles, the game presents all obstacles in incredible fashion with the choice of dealing with them left to the players in charge. Every playthrough is random and allows you to take your crew and space ship through a galaxy filled with threats and glory.

Play at your own speed, upgrade your ship, and captain your vessel with strong and hard choices only a true leader can make. With complex strategies and a randomly generated galaxy, this game churns out an incredibly real and simulated feel of a space adventure.