If you’re also one of these enthusiasts when it comes to PC gaming tech, there’s little to no doubt you’ve at least heard of Razer and are familiar with some of the many products they have to offer.

It is one of the most popular manufacturers of gaming hardware and other kinds of consumer electronics out there. They’re widely regarded as one of the best too, and that’s because they’ve shown that they truly care about the gaming experience of all their customers

. That’s why they’ve also released applications such as Razer Cortex to help along with their hardware. Razer Cortex was praised by many critics when it was initially released, but as the years have passed more and more users have reported some issues with it.

If you’re thinking of getting the app yourself but are having second thoughts about it actually working, here’s everything you need to know about it.

What is Razer Cortex?

Before getting down to discussing if Razer Cortex actually works or not, firstly we take a look at what it is that the program is used to do in the first place. According to the brand, they aimed to provide an application that could help make gaming on PCs much more enjoyable for users and much more smooth, just as it should be.

It basically attempts to free up resources so that your computer can focus everything towards the game that you’re playing and any accompanying/related applications that you might be using as well. These focused resources towards the game make it so that it runs more smoothly than it ever did before, at least that’s what the program aims to do.

It sounds very promising, and that’s exactly why so many people were excited about using it when Razer initially revealed details about it. But now that some time has passed since its release, we take a look at Razer Cortex to see if it really does the job or not.

To give an answer in the simplest way possible, Razer Cortex is indeed capable of working at its best to provide you with the smooth and enjoyable gaming experience that any player craves. The application aims to do the simple job of freeing up resources on your device so that all of its attention is diverted towards the video game you’re playing. It usually does so successfully and is great at doing exactly what it is advertised to do.

It is especially great for anyone that plays video games while having a system that can only run said video games on the lowest possible settings since the device only reaches the minimum requirements.

Computers of this kind that have to run games on the lowest possible settings aren’t usually that enjoyable to play on, nor are they really a good option to play on as forcing the device to do what it can’t cause issues.

Since they don’t have to worry about any background applications eating away all of their memory and other resources, these relatively weaker computers benefit a lot from Razer Cortex. You can run games as smoothly as possible on them thanks to the program, which is something that all players of a computer of this kind will be more than happy to hear.

Even if you don’t have a weak device, Razer Cortex is certainly capable of helping you as well. You’re almost sure to get a noticeably higher frame rate and enjoy an overall smoother gameplay experience while using the app in its booster mode. So to answer the question once again, it certainly does do its job, at least in a majority of the cases.

What to Do If Razer Cortex Doesn’t Work for You?

As you can guess by now from all that we’ve said about the program, Razer Cortex certainly works and does a very good job at doing so for those that have low spec PCs. But if you’ve been trying your best to set it all up and it still won’t work for you, there’s obviously an issue here that needs to be fixed.

The problem with this is that the issue could just about be anything, from corrupted files to network problems and anything else in between. That’s why fixing Razer Cortex if isn’t working is something that can be a bit difficult to do.

But there’s no need to worry too much, as you should be able to get through any errors you’re encountering with enough troubleshooting. You should be able to fix any problems by running the program as admin and making sure it isn’t restricted by any background applications running on your device either.

In the case of corrupted files, you could reinstall Razer Cortex altogether if it isn’t working as it is supposed to. That’ll fix a majority of the problems you’re having with the program not working as it should.

If all this wasn’t enough, you could always try contacting Razer’s customer support as well. They’ll be able to guide you through any and all problems that you’re facing with the Razer Cortex program and provide you with the solutions you need to try out as well.

So yes, the Razer Cortex application does in fact work. On the other hand, if it isn’t working for you then that’s just an issue because of your device which you’ll be able to fix without too much of a hassle. 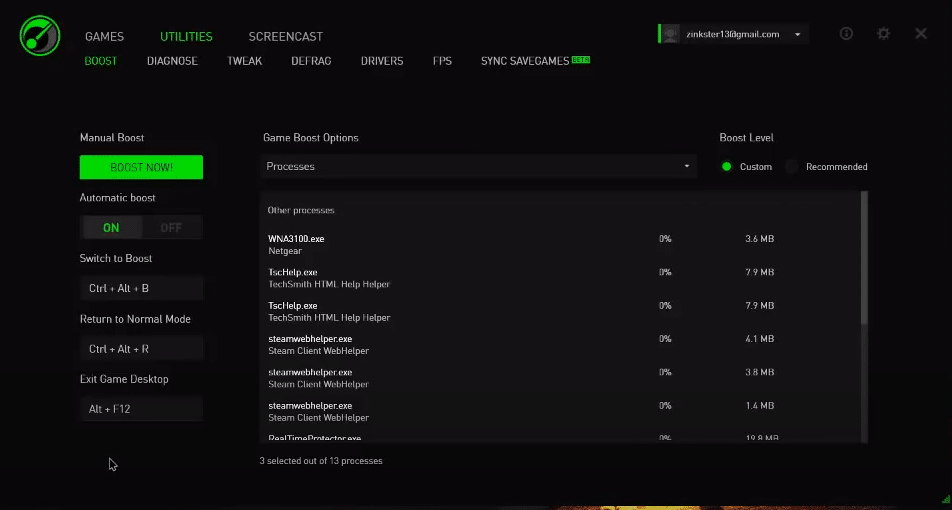