There is no denying that Sonic is one of the most iconic video game characters of all time. Sonic Adventure 2 is a game that features Sonic, as well as other popular characters from the series, including Shadow as one of the main antagonists.

What’s unique about this game is that it actually features gameplay from both the good and evil sides. This means that you can play as Sonic, Tails, and Knuckles to try and save the world, or play as Shadow, Eggman, or Rogue to try and conquer the world.

How To Fix Sonic Adventure 2 Not Working On Steam?

As being a very old game, users are surprised that the game is actually listed on Steam. However, most of the users trying to run the game through Steam have seemingly run into some sort of error. According to these users, Sonic Adventure 2 is not working at all. They have tried launching the game several times but to no avail.

This is why today; we will be taking the time to properly tell you how you can troubleshoot and fix the problem. Here is everything that you need to know about solving the problem:

It seems that the game does not really work all that well on Windows 10. The main reason behind it is because the game is in fact very old to run on the latest OS. Luckily, Windows still provide the option of changing a program’s compatibility mode.

You can do this by going to the properties of your game’s launcher. Under the compatibility tab, ensure that you select the mode to either Windows 7 or Windows XP SP3. Apply these settings afterward. Now, try running the game as an administrator to see if it fixes the issue.

It is likely that any of your Antivirus programs or the Windows Firewall is preventing the game to properly run on your computer. In either case, this can be fixed by simply turning off the said programs, or by making an exception of the game in these programs. Both of them should help you get the game running.

Most users don’t know this and try to run the game using DirectX 11. However, it is compulsory that you install DirectX 9 on your computer, as it is a very old game. Doing so should most definitely help the game in launching properly. Also, ensure that you have other programs, such as C++ Runtime, as well as the .NET Framework installed.

Sonic Adventure 2 not working on Steam? Simply follow the steps that we have mentioned in the article for a quick and easy fix. 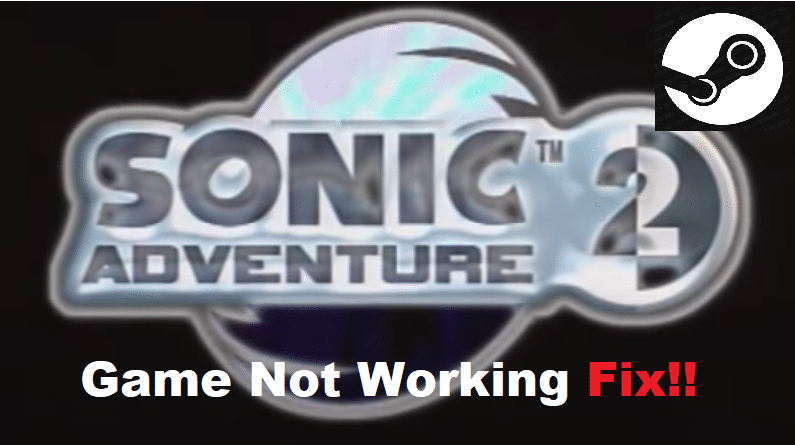