Player-generated servers are quite fun to join, you can interact with a lot of different people. The best thing about the Multiplayer server is all the minigames you can play with other people. You can also have wars and showdowns between different groups.

This appeals to the competitive aspect of the game and players have to fight each other to come out on top. There are also casual servers in which you help other players build structures and so on.

In this article, we will be going over some features of Red vs Blue Minecraft servers and how they can help improve your overall gameplay.

In the Minecraft public war servers, there are two factions the red one and the blue one. Your character will randomly spawn on the red side of the blue side. It all depends upon the balance of players in each team as the fight will be unfair if one faction has more players as compared to the other faction.

A lot of players have this misconception that the outcome of the fight depends upon the color of your faction. Whereas the only thing that matters is your skill, if you’re good enough you can carry your team to victory doesn’t matter whether you’re from the Blue team side or the Red team.

Blue is the other faction you can play as in the Multiplayer war servers. As you kill the members of the red team your base keeps advancing one block after every kill. When you reach the red team spawn is where the game will end and you would have won the match. It does not matter whether you play as a part of the Red Team or the Blue team. All that matters is how many kills you can get for your team.

The only different thing is the character design. The players in the blue team will have blue building blocks that they can use in the building phase. While the red team uses red block, you have to be quite creative to gain high ground and rain down arrows on the enemy team.

All in all, there is no mechanical advantage that you get by joining a specific team that might help you win. The difference is purely cosmetic and does not affect the outcome of the turf war. The only thing that determines who will come on top is the skill level of players on each team. So, if you want to win make sure to improve your aim on a bow which will help you annihilate the opposite team. 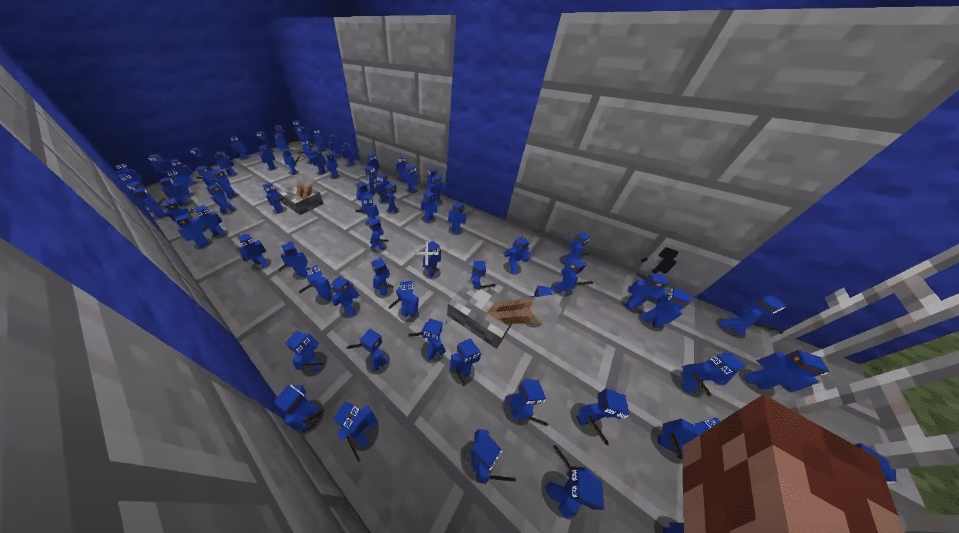