Overwatch is quite famed for its cosmetics and character customization options. The game has over 100 cosmetics for each of its 31+ heroes and continues to add more cosmetics as time passes. These cosmetics include skins to change the character’s appearance, voice lines and emotes to express how you feel in-game and sprays for decorating the nearby scenery and making weird spray mashups with teammates.

The game has cosmetics for different occasions, such as Christmas based cosmetics, Halloween based cosmetics, and others. Cosmetics are added along with the introduction of ever event, and usually match the basis of the event. These cosmetics may not have any effect on gameplay, but they still are a fun addition to the game. By far the most attractive cosmetics in the game are the golden skins for the weapons of characters.

The golden weapon skins are the only cosmetics in the game that are not attainable through a loot box and you will have to play your way through the games competitive mode to earn points which you can use to redeem the weapon skins. The golden weapons are a complete color change for your weapon. They keep the main design of the skin that you have equipped but change the color of the weapon to make it appear as if it is made of gold. Like any other cosmetic, the golden weapon skin doesn’t improve your character or make you play the game better, but one effect the golden weapons do have is that they tell others that you are not someone to be messed with.

The fact that cosmetics do not have an effect in-game is liked by many, as it makes sure that no one has an unfair advantage because of their progress and that no one can pay to win the game or be better at it. The same applies to the golden weapons and they have no effect on the way you play the game and they do not make your character more powerful in any way. However this is something that met negative opinions from some players because many players think that something that required such skill to unlock should have its perks, but most players appreciate the fact that no cosmetic can affect the game and that no player can have the upper hand from something as simple as a change of the appearance of a weapon.

However, that doesn’t mean that getting the golden guns is worthless. It is evident that other players do appreciate players with golden guns more than others and you basically get to be the leader of the team as they will all listen to you. Enemies might also fear you and try to you at times. A golden weapon Hanzo or Widowmaker is one of the scariest sights in-game as a great sniper can change the flow of tides in a match all on their own. 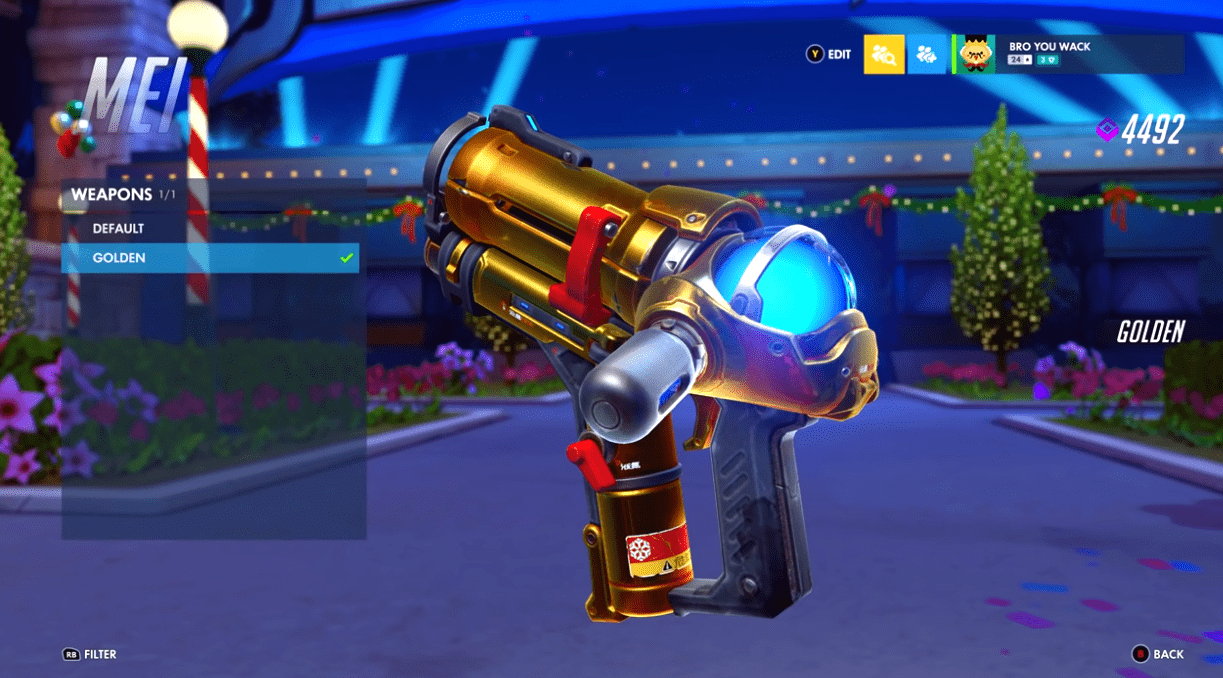