Doomfist is one of the main characters of Overwatch when it comes to story. He is one of the strongest people in the entire world and is feared by everyone. He worked hard and earned his spot at the top by dealing with any challenge that he faced. He slowly rose in rank in Talon and now leads the organization.

Doomfist, real name Akande, altered his body with cybernetics, believing that he could not be the strongest with the help of his body’s own strength and he was right, altering his body with machines and cybernetics made him much more formidable and powerful. After he lost his arm he replaced it with the Doomfist, which is how he got his name. However, because of this, Doomfist had to withdraw from martial arts, right before he reached the peak of his career.

Doomfist is considered the strongest character in Overwatch lore, along with Hanzo and Symmetra. Even in-game Doomfist is one of the strongest characters and can eliminate all characters (tanks excluded) with a single blow of a punch with his Doomfist. He also has great mobility and is hard to deal with. His bullets don’t deal much damage but can easily finish off enemies that are on low health from close range.

Although all of this makes him powerful and makes you want to play as him, he is very difficult to control. Doomfist, along with being one of the most powerful characters in the game, is also one of the hardest characters to play as.

Playing as Doomfist requires good movement judgment and very a great sense of positioning and timing. He is easy to deal with when against a group so you need to play him smartly and carefully, not rushing in needlessly and without any teammates to support you.

He also requires extreme precision to play with, as it is very difficult to land his abilities to target most of the time. The smallest movement by the enemy allows them to dodge Doomfist’s attacks some of the time, so make sure that you can predict the enemy’s movements so you catch them easily with one of your abilities.

If you are new to Doomfist you should probably try to learn him in the following steps:

Play as Doomfist against the computer-controlled characters in training. Start with easy and move onto Medium when you feel the time is right. After this move to hard, when the medium starts to feel like easy difficulty to you. When you can easily deal with the hard difficulty bots you are ready to move over to quick play to show off your Doomfist skills.

Once you’re done with training move over to quick play and keep playing until you get 10-20 performance cards that you can see at the end of every game.

Playing with real people will help you become even better at Doomfist as it will help you with timing your abilities better than with bots and it will also be better to try out character combos with real players. Once you feel like you’re ready to move over to competitive play and start grinding for those SR points. 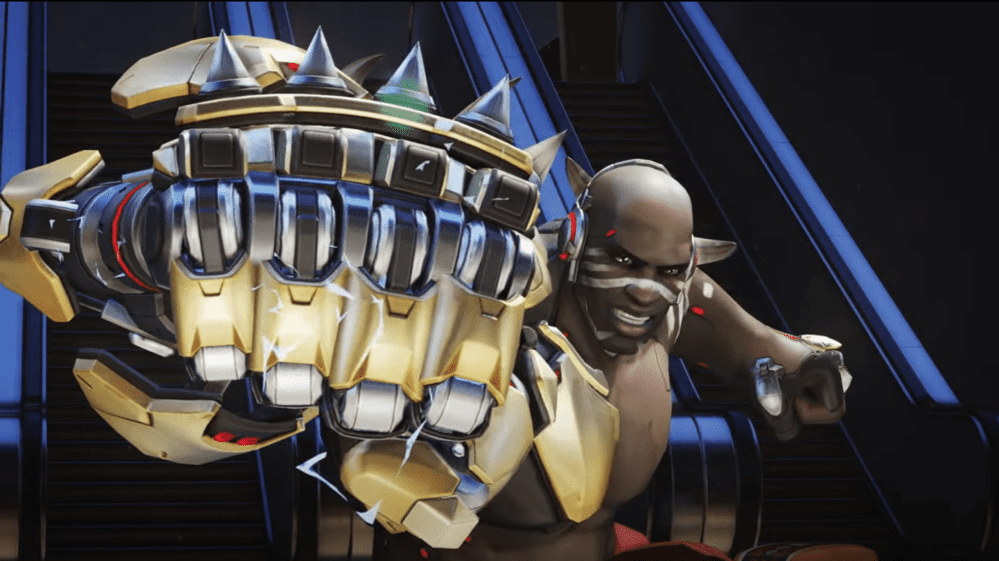