Overwatch has proven itself to be one of the most popular games out there, along with the fact that it is here to stay. The game developed by Blizzard has been around for 3 years now, since launching in 2016, and has not received any significant drop in popularity ever since. Obviously the game isn’t as famous as it was in its early stages, but even now the game has a player base in the millions.

Overwatch’s unique gameplay and a blend of characters is what has made it so famous in the first place. The game is a completely fresh and new idea that gave players a break from the usual shooter games.

That being said, there have been countless reports to Blizzard regarding the game crashing at launch or during competitive play, especially since the introduction of the 2019 version of Overwatch’s Christmas event, Winter Wonderland, just a few days ago.

The problem has been rising for quite some time now. There were reports of the game crashing ever since launch but especially now, ever since the 3rd-anniversary event, game crashes have been more and more frequent.

There are many reasons why you could be facing the issue. Given below is a list of said reasons along with possible solutions:

Outdated drivers or operating systems are the most common cause of this problem. Outdated drivers are common even in new computers as there are new versions and updates released quite frequently. If any driver that effects Overwatch is outdated, for example, the sound card or video card drivers, you might experience crashes.

To fix the issue, just simply update your drivers if there is a new update available, or try reinstalling the drivers completely. This should fix the issue, or at least make it better. If you’re still facing the problem after this, try some of the other fixes below.

If your game keeps crashing or appears to be distorted, it is most likely that there is some problem with the resolution for your display or there are a few aspect ratios that aren’t fully supported by your monitor or Overwatch (note that this problem is most common with players that use a TV display).

Another possible reason for your game constantly crashing could be software that is conflicting against Overwatch or the Battle.net application and causing it to do so. To fix the issue just close any other applications that are open and running.

There could also be corrupted game files inside the computer that could be causing problems with the game. To deal with such files, just run the repair tool found inside the Battle.net application, which will find and repair any corrupted files.

Check your CPU for any heated components. If you find any, close all applications and shut down your computer for a while before starting it up again and launching Overwatch. 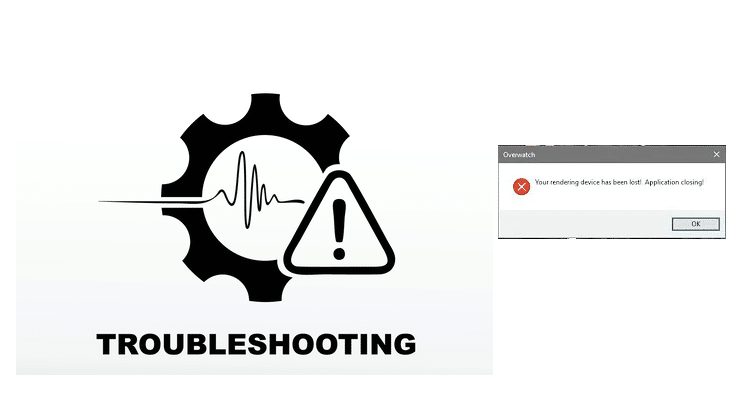