In most competitive games you will see a lot of players trying to cheat to climb the ranks of the game. Even if they get banned, they will keep making other accounts to ruin the game for other players that are trying to rank up using their skill. The BattlEye is there to prevent cheaters from joining queues and cheating in the game.

However, sometimes BattlEye can create issues for users that are not cheating. If you’re having issues with your game and keep getting BattlEye error then the solutions mentioned below will help you.

How to Fix Fortnite Battleye Error?

A fix that worked out for the majority of players was to delete the BattlEye folder from the drive. You just need to navigate to program files x86 in your C drive and then open the common files folder. From there just delete the BattlEye folder and then start Fortnite again. Now, you won’t get BattlEye errors while launching the game. You will need administrator permissions to delete this folder from your C drive.  Otherwise, the folder won’t be removed from your PC.

Users that can’t remove the folder directly from the windows can also use the CMD prompt to delete the folder. You will need to open CMD as admin and then browse to the file path mentioned above. Then use the del command along with the name of the folder and that should help you remove it from your PC as long as you have administrator powers.

If the error is still there after removing the BattlEye folder then you need to reinstall the service for your Fortnite. First, use the task manager to exit the EPIC client if it is running in the background. Then you need to open your Fortnite game files and open the “FortniteGame” folder. From there open the Win64 folder that will be located in the binaries file. Now you will be able to uninstall the service by running the uninstall BattlEye file in the BattlEye folder.

After that, you will need to check the compatibility options on your Fortnite client and make sure that the compatibility is set to Windows 7. Now, you can launch the EPIC client again and then proceed to verify the game files for Fortnite. That will help you reinstall the BattlEye service and hopefully, you won’t run into the same error again.

Some users also mentioned that they were able to fix the BattlEye issue by ensuring that the BattlEye service has access to the internet. So, if you have any program installed that can interfere with the service then make sure to either disable the service or allow the BattlEye permission to run in the background.

If you’re still getting the same BattlEye error then go to BattlEye support and ask for their assistance. That way you can get help directly from the support members. So, if you can’t figure out a fix yourself then head over to the BattlEye support channel. 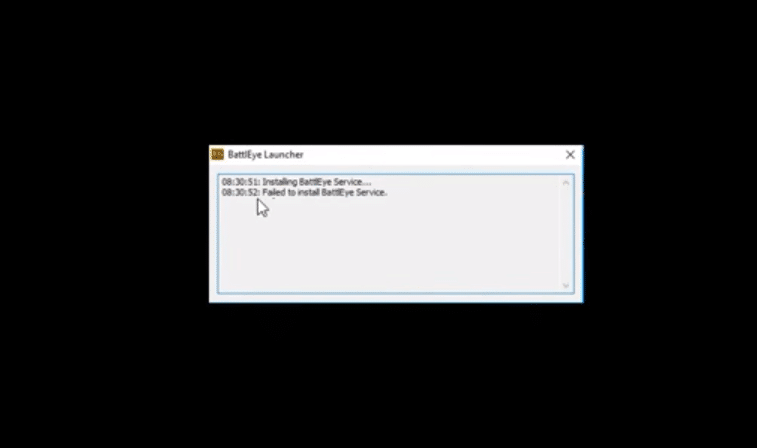