Rainbow Six Siege is a tactical FPS online video game in which a team of 5 players goes against each other. It is a highly competitive shooter that requires each player to constantly communicate with each other. A reason for this is that map knowledge is crucial in this game.

Therefore, players have to make callouts through voice communication. Even though text chat is available in the game, it can waste enough time for the enemy to rush out and kill your team. This is why voice chat is vital in this game.

How To Fix Discord Not Working With Rainbow Six Siege?

Although Siege features the option of in-game voice chat, many players prefer using Discord. The problem is that most players are frustrated with the fact that their Discord is not working with Rainbow Six Siege. In other games and applications, their Discord seems to work just fine. Due to this, most players are actually confused about this.

This is why today; we will be focusing our article on explaining to you how you can solve this issue. By following a series of troubleshooting steps, you should be able to get your Discord running in the game. So, let’s see what these steps actually are!

We have already mentioned this plenty of times about how some applications run with elevated rights, causing Discord to not function properly inside that application. This can be overcome by simply running Discord as an administrator. After you do this, you should not have problems using Discord through Rainbow Six Siege, as it is known to have the same issue.

2. Use Discord in Full Window

Weirdly enough, some users have claimed to fix their issue by simply turning their Discord window into full screen. Afterward, Alt + Tab to go back to your game. This is why we suggest you try doing the same thing and see if it works or not.

Discord overlay is known to cause all kinds of issues with your games and applications. It is recommended that you always turn off this feature unless you really need to use it.

Apart from Discord not working as it should, it is also known to cause your game to stutter. Also, this isn’t guaranteed to fix your issue but you should try setting Discord’s priority to high. This is done to ensure Discord runs even if your CPU is struggling at 100 percent usage.

Sometimes, Discord does not work with push to talk enabled when playing certain games. To fix this, the player has to simply swap to voice activity in Discord settings.

In short, these are the 4 different methods on how you can fix Discord not working with Rainbow Six Siege. We highly recommend you follow each and every detail mentioned in the article. 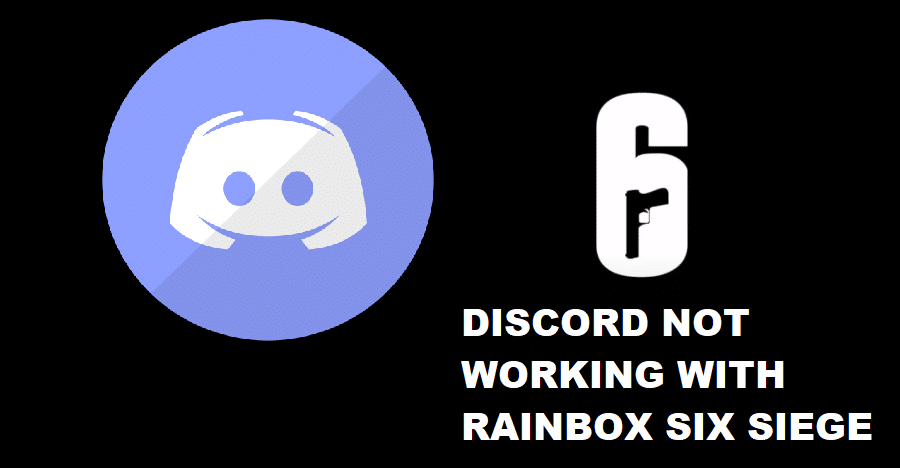