Roblox is a game that is mainly meant for children. As children have such great imaginations that rarely have any limits, the game offers them a chance to create and play all sorts of unique games that they want. A game or ‘’place’’ of any specific genre and type can be found in Roblox, which means that there’s something that appeals to the interests of just about anyone. However, there is a lot of strictness in terms of gross content in Roblox, whether it be gross in a highly disturbing sense or gross in a mature and inappropriate sense.

The reason behind this is pretty simple when you think about it. Roblox is mainly intended for people that are under the age of 18, and highly disturbing or inappropriate content is bound to be banned as it can have many negative effects on young children. But this still doesn’t stop some creators from making and releasing these gross games on Roblox. If you wish to try out one of these games for yourself to see what makes them so gross or to prevent a child from playing them, check the list below. It features a few of the most popular gross games available on Roblox, along with why they can be considered gross.

This is a game that is gross in a highly inappropriate sense. While mature and inappropriate content isn’t exactly something that you’d consider gross, you definitely should in this case. That’s because Roblox is a game mainly intended for children and millions of them around the world access the website every single day. Shower simulator is a game that definitely shouldn’t be played by anyone under the age of 18 due to its highly mature content. With that context and all, you can easily guess exactly why the shower simulator is a gross game.

Unlike the name suggests, a shower simulator isn’t all about showering. Players control their character which will be entirely naked and visiting a public bathhouse. Inside of this public bathhouse, there will be both male and female characters. Instead of just showering, they’ll be engaging in many hidden acts that one can only assume are quite erotic in nature. On top of this, the dialogue in the game is mainly gross in an inappropriate sense as well. All of this is exactly why Shower Simulator has found its name on this list, and why it is a game that children should most definitely be avoided at all costs. 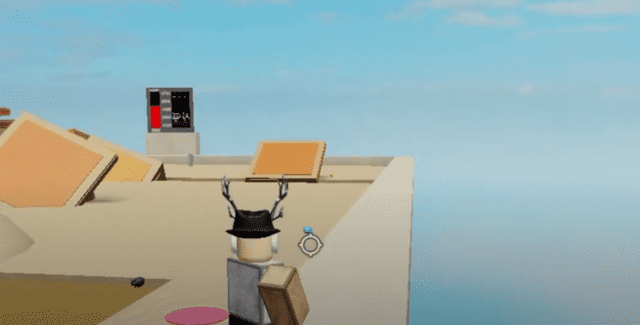 This is a game that is quite gross in a disturbing sense, especially if you’re a child that’s playing it. Bloody Battles is pretty much like any simple PvP game that you’ll be able to find on Roblox. However, there is one major difference that makes it stand out from all the other PvP games that you’ll usually be able to find on the platform. This difference is that Bloody Battles features a huge amount of detail when it comes to blood and gore, at least a relatively huge amount when compared to other games.

There are some very gruesome deaths for player characters, and all of them are animated well enough to make them gross and disturbing. If you wish to prevent someone from violent and gross games on Roblox, introducing them to Bloody Battles is an absolute no-go. The amount of blood and overall violence is something that can be very harmful to a child’s mental health. If someone under the age of 18 and especially under the age of 13 is playing this gross game on Roblox then you should stop them immediately. There is also Bloody Battles 2 which is even more detailed and violent, so you should watch out for that as well. 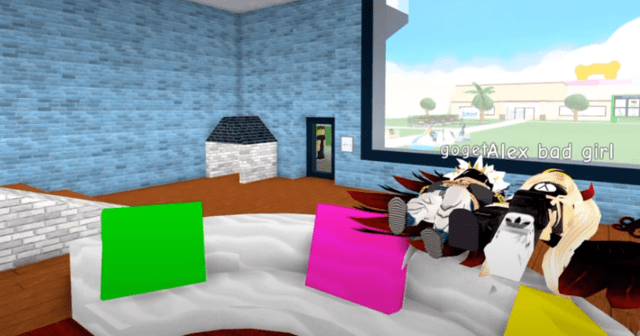 There’s some pretty NSFW dialogue that you can expect to see in Dance Club as well. It is definitely a game that can be considered gross and it is one that children should be made to avoid. You can try it out for yourself in order to see in full detail exactly why it’s such an option that’s made it’s way on this list of gross Roblox games.

Dead Silence is arguably the most popular Roblox horror game out there. It is very impressive and definitely a very enjoyable experience for most that can handle horror, but there is no doubt at all that it also a gross game that children should not try out. There’s a lot of disturbing stuff going on in this game, and you might be familiar with a bit of it too. If you’re an adult and are a fanatic of horror, you’ve likely seen the movie which shares the same name as this game. Deadly Silence was originally a 2007 horror movie, and this Roblox world borrows its entire concept from it.

You’ll be stepping into the movie but in the form of a Roblox world. There’s lots of disturbing imagery, and even a scene with the tongue of your character’s sister ripped out. This is something that any child would consider gross and disturbing, and it is also something that no child should be viewing. You can continue learning more about the game by trying it out if you wish to avoid reading spoilers. By doing so, you’ll be able to realize exactly just how gross Deadly Silence can get as players continue playing.