Roblox is an interactive platform made to allow players to be able to make their very own games. Through Roblox, players get access to millions of games made by other players. The player does not have to pay for anything to get access to all of these in Roblox.

Although creating a profile is mandatory. You will also have to create your own avatar. There are plenty of customization options available in the store. To buy items in Roblox, a currency called Robux is used. It can be used for a variety of purposes, which includes in-game purchases, or other items.

Using Roblox, you can play all kinds of games. However, there’s no guarantee that all of the games in Roblox are great. In fact, most of the games listed on there aren’t really worth playing. This is particularly true when you are looking for a game in a particular genre.

Similarly, we have seen plenty of players looking for good camping games in Roblox. Today, we will be helping such players by giving them a list of great camping Roblox games. We will be explaining how each and every game plays out, which will help you even further in choosing the right game for you. So, without any further ado, let’s get started! 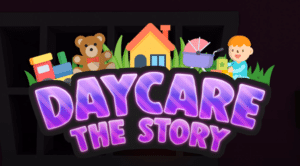 Daycare is an amazing horror/camping game made by MuneebParwazMP. The game requires 12 other players except you. Every player in the lobby is sent to daycare.

Starting the game, you will find yourself in a lobby. All players will spawn here before joining a game. A bus will teleport players into the game once a 30-second pass. At least 6 players are needed before the bus can start the game.

Once you reach the daycare, you will meet a lady called Lilly. At the start, she will greet every player, and then ask them to explore the daycare. Then, Lilly will tell everyone that they must be hungry. 4 food options will be available by then.

Players will now have to vote. Whichever food gets the most vote will be given to the players. Right after you have eaten, Lilly will tell all of you to go to bed. Unfortunately, the power goes out, and Lilly tries to fix the generator. With the players left alone, the monster appears. The match progresses as the player finds themselves vulnerable. 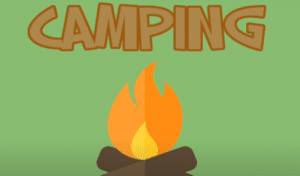 Camping is a horror-themed Roblox game where you will find yourself with 11 other players. All of the players go on a trip called Specky Woods. Unfortunately, you find yourself stuck in there with a monster. You and all other players must now survive for the next 3 days.

There will be 3 days in total with a day having both daytime and nighttime. At the start of day 1, the narrator will tell you to leave the starting area. Survival items will be scattered throughout the map. During the first few minutes of the game, you will have to memorize the map. 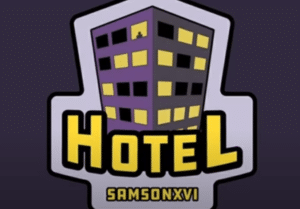 The Hotel is the prequel to Camping. In this game, you are a group of 14 players who must survive the night at the hotel all while avoiding a monster. There are multiple characters in this game. Each will play a role.

As soon as you get spawned in the hotel, all of the players will have to gather a keycard. After some time has passed, the game will go to nighttime. Now, the horrors of the hotel will begin.

You will hear an alarm go off. Now, you will have to take all the other players and survive together. One cool thing about this game is that it has multiple endings. There’s good, bad, and even a secret ending in this game. The endings will depend on the type of decisions you make throughout your journey.

The Mansion is another game that takes place somewhere in the Camping’s timeline. Once you join a game, you will find two other roommates besides you. Right after you are greeted, you will see a mail come into your mailbox. The mail will mention Jack Logan who invited you to his mansion at night time.

Hence, the game proceeds and you go to the invited mansion at 8:00 PM. Little do you know that there is something seriously wrong there. The twist is that once you reach the house, it is revealed that Jack Logan is actually playing as the serial killer Zach Nolan.

Summer Camp is a horror game made by a group called Bed Time Stories. The game is highly inspired by Camping. The game follows a bunch of campers that are spending their summer at Camp Sunshine along with their counselor named Bob. Once they reach there, they find out about a terrifying figure lurking around waiting to kill the players.

Hence, the players must survive all of the terror that will strike them at night. We won’t spoil much, but you can expect to have a great horror experience in this game!