Roblox is a great platform for playing all sorts of video games whenever you want. It is so great because it offers players the creative freedom that they need in order to play and build whatever they want. The platform is mainly intended for children, which is apparent by all the different rules and guidelines. While this might lead many to expect that all the games featured on Roblox are childish, this definitely isn’t the case at all.

There are games of all genres, and this includes a lot of stuff that is definitely not suitable for children. There are some pretty gnarly horror games on Roblox as well which are certainly capable of providing players with a good fright. A good chunk of these includes the Roblox bear games. These are a genre of horror games on Roblox that suddenly became quite popular one day. This popularity has led to a huge increase in the number of Roblox bear games. It is difficult to find a few great options out of all the different ones to choose from. That’s why we’ve compiled a list of 5 of the best Roblox bear games worth checking out. 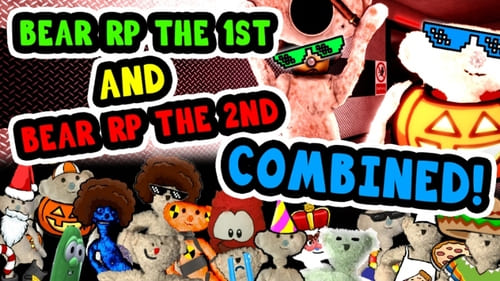 This is actually a great compilation of two very popular horror games on Roblox, Bear Role Play 1 and 2. This game was created by user Bimprezza who created it as a means of combining all of the great things about the first Bear Role Play game and its sequel as well. As the name of this game might suggest, it is a means of allowing players to role play as bears. But not just any bear out there, but specifically the characters from the iconic BEAR horror game on Roblox that made this genre as popular as it is today.

Through ‘’BEAR RP THE 1ST & 2ND COMBINED!’’, players can play as any of their favorite characters from Bears. They can do whatever it is that they wish to do in an area. This is a fairly popular place on Roblox that usually has more than a few players active. It is definitely an enjoyable experience, especially for all those that loved playing the original BEAR game on Roblox. 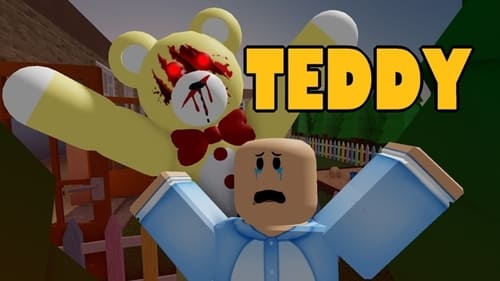 Teddy (Alpha), otherwise just referred to as Teddy for short, is a fun horror game on Roblox that has a disturbing twist to it. players must control their character, who is a small child, and make sure that they remain safe from harm. This child character one day gets a large stuffed teddy as a gift. This teddy bear turns out to be a murderous possessed doll that is out to kill the child. Players must make do of all the resources that they are able to find in Teddy.

They must use these resources to make sure they’re able to get the better of the murderous bear looking to hunt them down. It is definitely enjoyable and somewhat scary as well thanks to the constant threat after you. Teddy is a generally new game that is still in Alpha, meaning that it will only continue to improve down the line. It was created by Roblox user Gnomecode and is becoming more and more popular with each passing day, getting tens of thousands of visits every passing day. 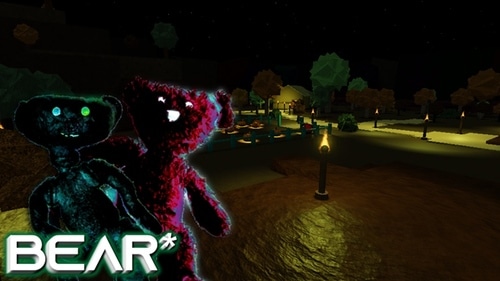 Bear is one of the most popular Roblox bear games out there. It is partially responsible for making this genre of Roblox games so popular in the first place. That’s because it features great horror which becomes increasingly popular each and every day. Bear* was created by user Cheedaman who has been providing it lots of support since its release. Speaking of release, this is actually a relatively new game. Regardless of this, it is one of the most played games featured on this list.

It has millions of visits thus far and is regularly played each day by thousands of players. Its environments are definitely quite great, and so are the Bear enemies which you’ll be facing off against. Speaking of these enemies, they’re quite creepy and disturbing in their own way as well. There is a lot of story to uncover and secrets to be found in Bear*. Your job is to do both of these things while staying safe from the enemies that are looking forward to harm you and prevent your survival. 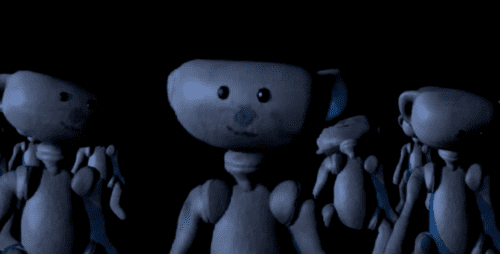 Beary X is another great option for all those that wish to try Roblox bear games. It is inspired by several other games of a similar type. It takes all the different great mechanics and concepts from these different games. Then, it combines said concepts and concepts into one great video game which is now known as Beary X.

It isn’t the most popular name out of all on this list, but it is still a great one. It was developed by Roblox user Manny 20453. It heavily focuses on survival horror and has lots of disturbing environments as well as some very intriguing enemies that are after you. 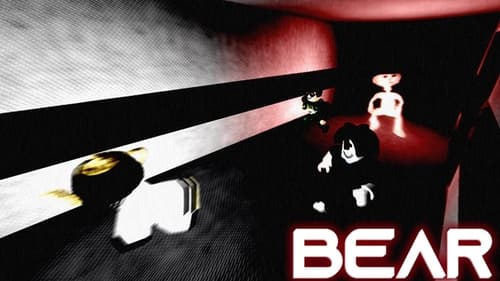 Up last is the most popular and arguably the best game out of all on this list. This is of course BEAR (Alpha). It is the game that arguably made Roblox bear games as popular as they are today. BEAR is also one of the most popular horror games that Roblox features in general. There have been well over a hundred million visits on this game, and it still continues to get thousands on a regular basis.

There are two different teams in BEAR. One is the team of multiple survivors that have to work together in order to outsmart the horrific bear and make sure they don’t get killed. And the other, as you can guess, is the team featuring the bear who must track every one of the survivors down and kill them one by one.