Roblox is a famous online platform for creating video games. It allows users to program and play video games designed by other users. Roblox was made by David Baszucki and Erik Cassel in 2004, but released in 2006.

The video games in Roblox are made through a programming language known as Lua. Basically, Roblox has a whole engine that is used by players in order to create video games. The engine is called Roblox Studio. Users get to code using an object-oriented programming language, Lua. They also get to put microtransactions in the game.

The money earned through the game is split between the developer and Roblox Corporation. As most of the player base of Roblox are teenagers aged under 16, most games in Roblox are also made by talented children. An astonishing fact about Roblox is that a total of 20 million games are produced every year using Roblox!

With so many games being made every single year, not all of them are good. In fact, many of them aren’t even worth playing. But there can also be some really great games as well.

Today, we will focus on the 5 best creepy Roblox games. We will be making a list of these games, and making sure to explain each and every one of the games on the list. So, without any further ado, let’s get started!

Dead Silence is one of the most popular creepy games made in Roblox. It is also a fan-favorite game. In this game, you get to play with up to 3 different friends or by yourself. Playing by yourself makes the game a lot scarier as you are pretty much all by yourself.

The video game is inspired by the horror film, which is also known as Dead Silence. The game starts off when Jamie Ashen and Lisa receive a doll as a gift. Billy goes to pick some dinner to eat, but as he comes back home, he finds Lisa dead.

She also has her tongue carved out. A message is left on the doll’s box that tells about a “Mart Shaw”. Hence the game progresses as the player is tasked with finding out the mysteries of Mary Shaw in Dead Silence. For a game made in Roblox, Dead Silence is pretty scary.

2. Alone in a Dark House 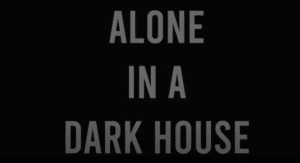 Alone in a Dark House is a fantastic scary Roblox game made by iTamago. In this game, the player finds himself in a dark house that he needs to explore.

The player takes on the role of a police detective tasked with solving the case of a young boy who was murdered. The whole game is set in a dark house. The player needs to solve a set of puzzles in order to unveil the mystery.

This game has very impressive lightning and sound design. The video game takes a creepy atmospheric approach that can be best enjoyed by using headphones while playing the game. For an even better experience, try playing the game in a fully dark room which should really make you feel what it’s like to play this game. There is no doubt that this game is easily one of the best scary games in Roblox.

Identity Fraud is a great Roblox game that mixed a puzzle/game together with horror. The goal of the game is to go through all the three different mazes without being killed by the monster. At the end of each maze, there is a gate. Once the green button is pressed, the player can successfully clear the maze by going through the gate.

All the 3 maps are completely different from one another. The first one is a complex hallway and is known to be the scariest. The second one is a dark hedge maze. The last one is in an abandoned hospital/office.

But the maps aren’t the only things that will change, as you will encounter different monsters throughout the game. These monsters are Stan, Ralph, Fraud, James, and Alice. Also, there is a boss level at the end of each maze. The boss itself is very easy and not scary at all. However, the monsters that chase you are a completely different story. There is a different way of getting past each monster as they are all unique.

Silent Dark is a unique horror game made by Zeekerss in Roblox. The game circles around a person who lives all by himself. Strange events start circulating around him that involve aliens coming to Auger Lake, and the player lives right next to the lake.

There are 3 chapters in total, with each chapter progressing the game until the player ends it. At the start, the player hears on a radio that aliens will appear on the late by 8:00 PM. He falls asleep listening to the news.

In most of the game, we control the player inside the dream. The player gets to explore creepy environments as he dreams. Some actions in the game leads to the player waking up and finding out that this really is happening.

The Apartment is another horror game made using Roblox. In this game, the player gets to explore a large creepy apartment building.

The player starts wandering in this apartment building as he works his way up through the multiple floors. The game can be played both with a friend or all by yourself.

Throughout the game, you will find weird noises, mysterious figures, and jump scares on every level of the apartment building. As you go higher up the building, more the game will progress, and the creepier things may get for you.

These are the 5 creepy Roblox games that you should definitely play. All of them will provide you with a creepy and scary experience. It is up to you on which game you decide to play first!