Roblox has a lot of different things in store for all of its players. One thing that everybody already knows is that there is limitless potential in the game. Every single player has the option to create their own ‘’place’’ or ‘’world’’ which is essentially just another game inside of Roblox. There are places of all sorts of different kinds and genres, and you can even create your own which has its own unique setting, features, and much more. But games/places aren’t the only things that Roblox players can create, as they also have the option to create and sell their own accessories. This also includes shirts, and in some cases, bypassed shirts.

What is Bypassed Shirts in Roblox?

In Roblox, bypassed shirts are basically shirts that have passed the check conducted by Roblox whenever players create a new accessory. These shirts are created by the players themselves and are usually quite strange, weird, and in some cases, borderline disturbing. You’ll find lots of players here and there bragging to others online about how they’ve got bypassed shirts. The reason why these are so popular is mainly because of the controversy surrounding a lot of them, and due to the fact that they’re quite difficult to get.

Because of all of this, you might be one of many players interested in getting your hands on one of these bypassed shirts. One thing that you need to keep in mind is that the process of getting one is definitely not as simple as it may sound, and you’ll need to do a bit of research before you can do so. Read below to find out exactly how it’s possible to get bypassed shirts, and why it may not be such a good idea to do so in some specific cases.

How to Get Bypassed Shirts in Roblox?

There are actually a few different effective ways for players to get bypassed shirts for themselves in Roblox. The main method, of course, is to create one of them yourself. However, this is definitely not an easy task as bypassed shirts need to somehow get cleared by Roblox’s filters. If you can create one for yourself then that is one of the best options that you have, but there are still a couple of more even if you aren’t capable of doing so.

The other main thing that comes to mind is obviously buying these shirts straight off the game’s store. But if you’ve been searching for bypassed Roblox shirts for a while now, you know that this is quite difficult as well as these shirts get removed from sale almost instantly. That being said, you can still try this option in a couple of alternative ways. For example, you can get a direct link to the shirts sale page through the creator. You can find these links on online forums on websites such as Reddit.

You’ll also be able to find entire Discord servers that are solely dedicated to bypassed Roblox shirts. In these servers, you’ll find players that have created these and are sharing them with all other users on the server. You could try joining one of these Discord servers and getting the specific type of bypassed shirt that you want.

Can Wearing or Creating Bypassed Shirts Get You Banned?

Related: How To Delete Shirt on Roblox 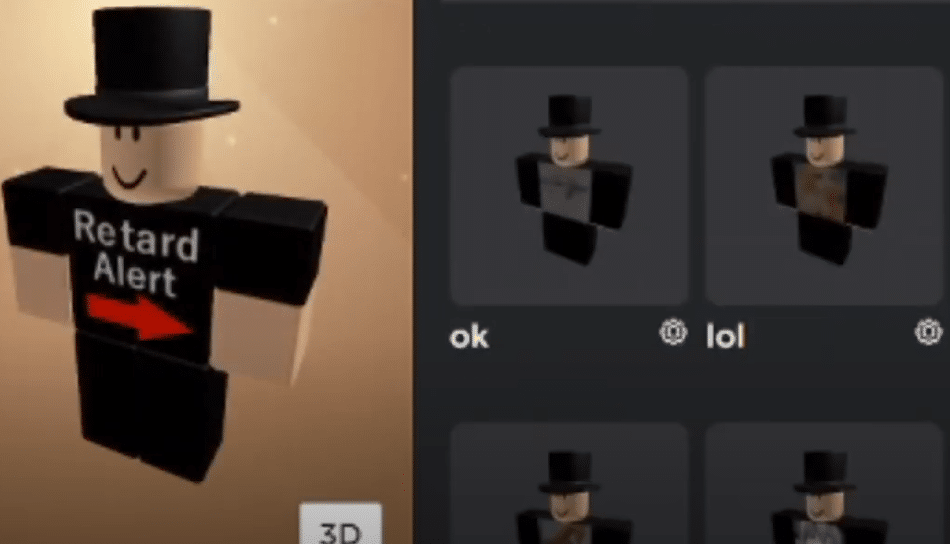