Zen Magnets and Nanodots are two of the most popular types of magnets which are currently available right now. While they might not be huge and super useful for a number of different things, that’s completely alright as that isn’t what either of them is intended for.

These magnets serve a different purpose, and that’s exactly why they’re so popular. Today we’re going to be comparing the two of them in detail based on some of the most important aspects to decide which of the two is better.

Both Zen Magnets and Nanodots are awfully small in size per piece. Each of them is 5mm in total size, although this isn’t completely accurate and might differ by a very small margin that’s barely noticeable at times depending on the piece in question. These pieces are so small because they’re meant to be used in large quantities to build all kinds of structures.

They can be used to play and relieve stress, which is their main purpose. However, that isn’t their only purpose. Both of them can also be used for a variety of different things, such as creating models, sculptures, or representations of certain things. All this makes them fun to have around.

When it comes to products such as these ones, durability is a very important aspect that should not be under looked. If these magnets aren’t durable enough, they’ll be of no use after a little while based on all the different things that people use them for. That’s why both Nanodots and Zen Magnets pay lots of attention to the tolerance of their products, to ensure that their magnets stay suitable for use regardless of the user that they’re put through.

They’re both very strong, to say the least, and are capable of doing exactly what they’re meant to do. However, Zen Magnets have the edge in this regard thanks to the high-quality materials used to create them. They have a great coating which is widely regarded as the best of all, and this makes them preferable options. Nanodots are certainly strong and durable too, but not at that level.

Having become arguably the most popular brand of magnets of these types around, Zen Magnets are certainly not the cheapest option out there. Their name has quite an impact on their price, which is relatively much higher compared to some of the other options. In this regard, Nanodots are the superior option as they can be found for cheaper prices.

Another thing to note is that the popularity of Zen Magnets actually makes them quite hard to find. They’re usually out of stock from the official store, a problem that many fans of the brand are constantly annoyed with. On the other hand, Nanodots which are also a popular option are available widely without any problems of this kind. So while Zen Magnets are superior in quality, Nanodots are more affordable and easier to get your hands on. 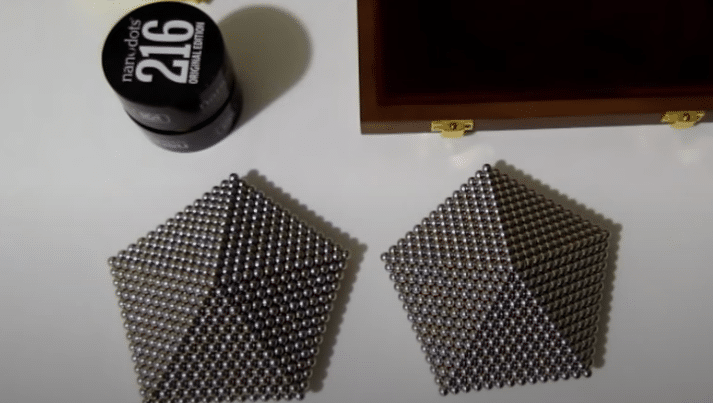