In this article, we will be comparing the differences between Spartan from Halo and Space Marines from Warhammer. We will also be going over different stats to determine which one is more powerful.

Spartans are genetically enhanced super-soldiers that use high-tech weapons to take down the enemy in the HALO game. These super soldiers were taken from childhood and were experimented on for several years to convert them into the ultimate weapons. The majority of the players believe that Spartans are not as strong as space marines.

Mainly because space marines are superior when it comes to genetic transmutation. Even though spartan is strong and takes on a lot of enemies, there is just very little chance that a spartan would be able to beat space marine. Let us go over different features of Spartans like what weapon/armor they use, combat ability and so much more.

As far as weapons and armor are concerned, Spartans mainly rely on pistols and rifles to take down their enemies. They also have a combat knife to take down enemies at close range. For armor, they have Mark 6 assault armor to help them survive against enemy fire. These stats may look good but they’re no match for space marine armor and weapons.

Spartans might have a chance to kill a few space marines but there is no way they can even attempt to take over the whole legion. The only area where Spartan might excel is the agility aspect. Because of the bulkier build of space marines, their movement can be slower than Spartans.

The origin story for space marines is somewhat similar to Spartans, they are also a mechanized soldier that is genetically enhanced to annihilate their enemies. Space marine is superior in almost every aspect when compared with a spartan. They have several times more experience in combat, they have better armor, better weapons, and more abilities overall.

The majority of the player base agrees that there is no contest between a space marine and a Spartan. Technically a space marine should come out on top every single time without any issue. Space marines are excellent at hand-to-hand combat as well as using ranged weapons to kill their enemies. Even without all the protective armor and deadly weapons, they can still put up a great fight against Spartans.

From the genetic enhancement point of view, space marines receive several new organs and a new layer of protective skin to help them win battles. They can spit acid an additional heart to keep them going. Space marines mainly rely on plasma weapons which are known to be far deadlier than assault rifles.

Space marines use plasma cannons to melt shields down. They also have plenty of ammo capacity so you don’t have to worry about your weapons running out of ammo any time soon. They are the perfect soldiers who only serve the Emperor and are willing to take down anything that stands in their path. They’re not afraid of death and will use any means necessary to win a battle.

Overall, both of these characters have their pros and cons. When it comes to popularity the Spartans are the better pick. But as far as the stats are concerned it is next to impossible for Spartans to stand victorious when they stand against space marines. We recommend that you read through the lore for both of these characters yourself. This will help you find out more interesting facts about each of them. 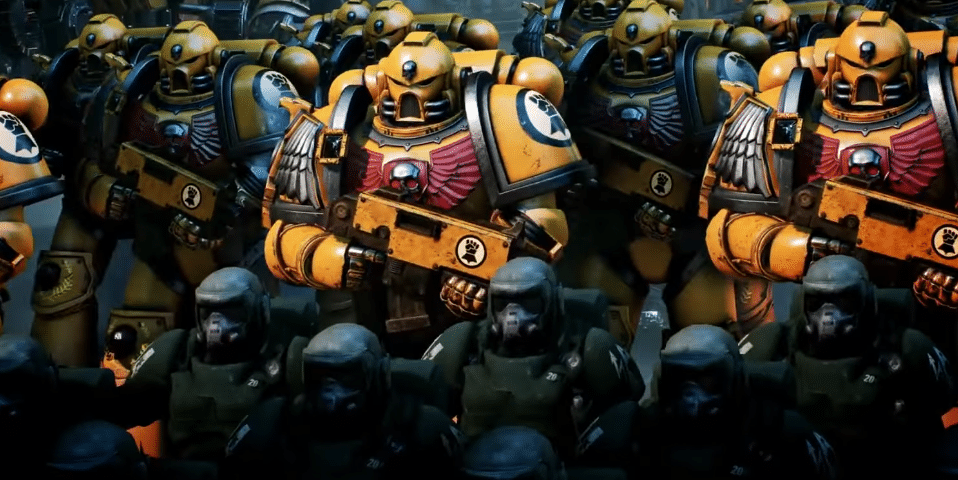